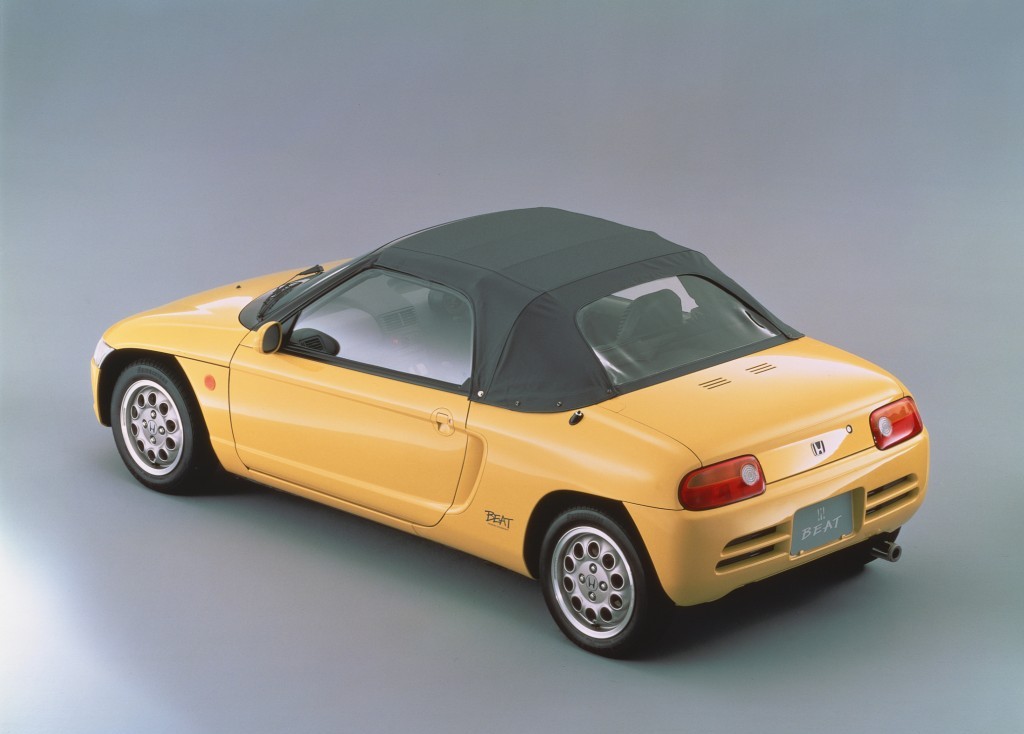 The Honda Beat is a rear wheel drive roadster developed solely for the Japanese market. To comply with the Kei car regulations it has a 3-cylinder 654cc engine producing 64 horsepower at 8100 rpm. Even though the car is very small, Honda managed to make the car mid-engine by placing the small engine behind the occupants but in front of the rear axle. The advantage of the small dimensions is that the car was very light weighing in at 760 kg. 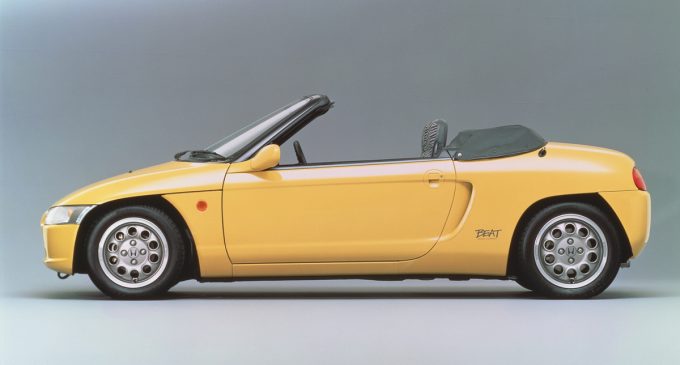 The light weight combined with the high revving engine meant the Beat was at its best on the twisty roads. The limited power and high redline allowed the driver to go full throttle for the majority of time. The sporty 3-cylinder exhaust note added additional emotion to the driving experience.

Equipment wise the vehicle was offered as standard with air conditioning and power windows but an airbag for the driver was option. The Beat was only offered with a 5-speed manual transmission. Placing a hardtop is a common aftermarket option which alters the look of the car. 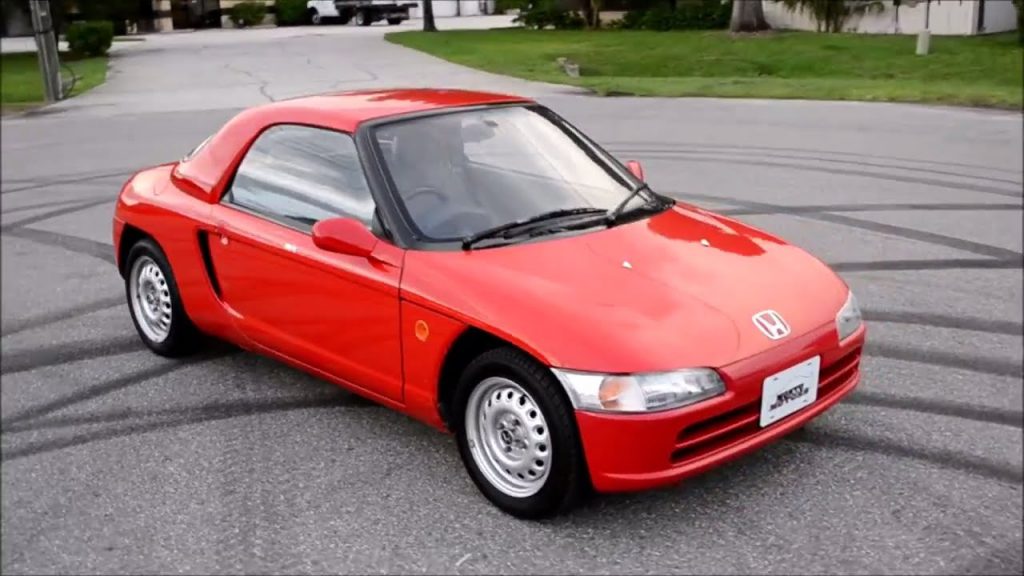 Although no significant updates were done to the Beat throughout its lifespan, some special versions were released:
– Version F – 1992: 800 units of a regular Beat with green body color and alloy wheels
– Version C – 1992: 500 units a regular Beat with blue body color and white allow wheels
– Version Z – 1993: available in silver or green body color with equipment upgrades such as alloy wheels, a rear spoiler and a different exhaust pipe finish, this equipment later became the standard equipment for the Beat

Click on the picture below to see the Honda Beat details and specifications per year such as weight, new price and equipment for each version in the Goo-net.com catalog. 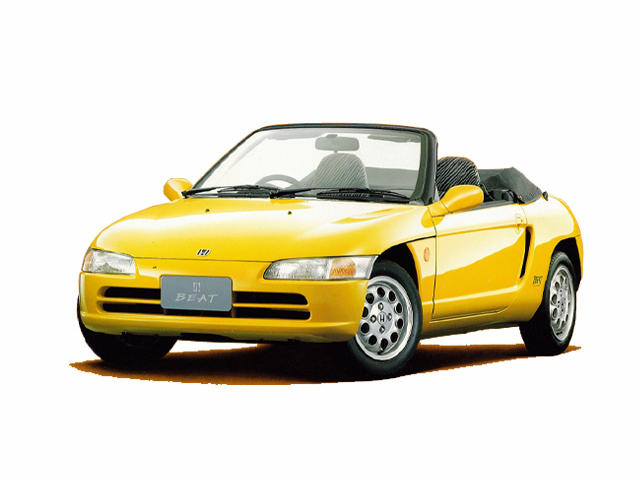