Nissan produced its first car under the DAT name in 1914 and only as of 1934, the company goes under the name of Nissan Motor Corporation. Using the knowhow of Austin, obtained via an agreement with the English automobile manufacturer, Nissan was able to develop their own cars and engines throughout the 50’s and 60’s.

Nissan used the Datsun name for export models but there are also some models that were not sold outside Japan such as the Datsun 110 and rare Datsun S211. One of the famous Datsun models around the world is the 240Z, known in Japan as the Nissan Fairlady Z. A few years before the Fairlady Z was released, Nissan already build a different sportscar using the Silvia name. 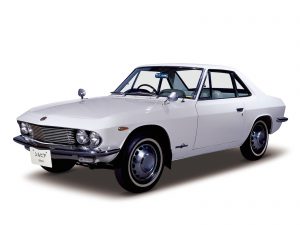 In 1966 Nissan merged together with Prince Motor Company which was producing more upmarket cars such as the Skyline, and also actively involved in motorsports. The knowledge Prince supported Nissan in building sporty cars like the Skyline GT-R and large sedans such as the President. The 80’s and 90’s saw more and more unique models from Nissan for the Japanese Domestic Market.