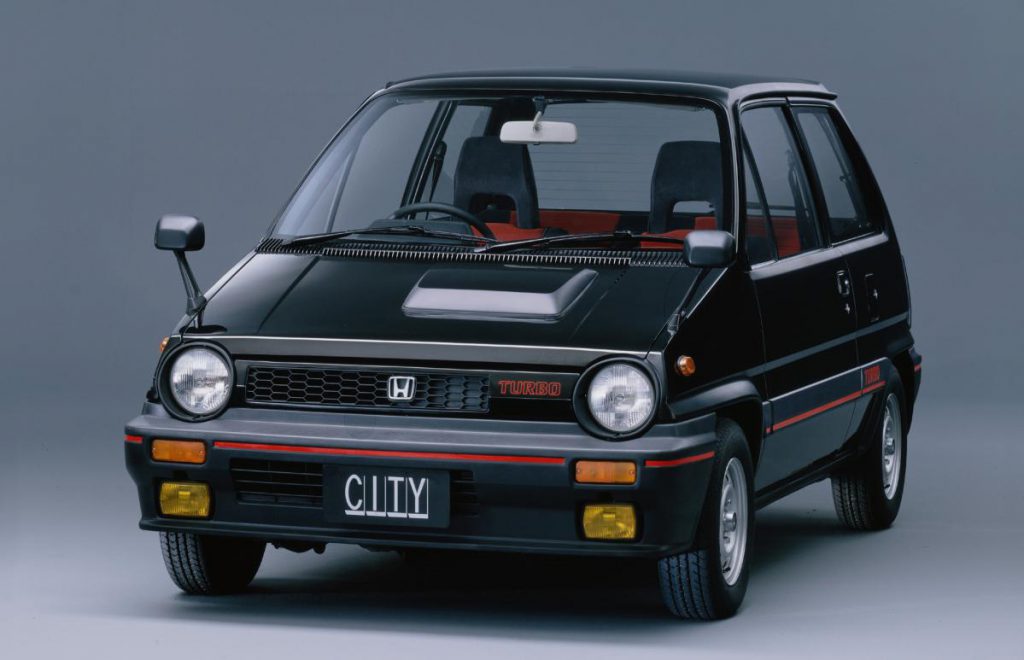 The Honda City was a very small compact car but not falling under the Kei-car regulations in Japan. Sales started on the 11th of November 1981. The car started as a regular city car with a 1.2 liter engine producing 67 horsepower, about enough to transport 4 adults in the 3 door hatchback. In 1982 however, Honda decided to install a turbo on the engine and create a sporty version.

The result was the Honda City Turbo. Going on sale in 20 September 1982, it now featured 100 horsepower with a weight of only 690 kilogram. It meant it reach 100 km/h in around 8 seconds and a top speed of almost 180 km/h. Besides the Turbo, the engine featured also electronic fuel injection as one of the first Honda’s. The front had a different look with the addition of foglights, new grille and different bonnet with hump to house the additional engine components. 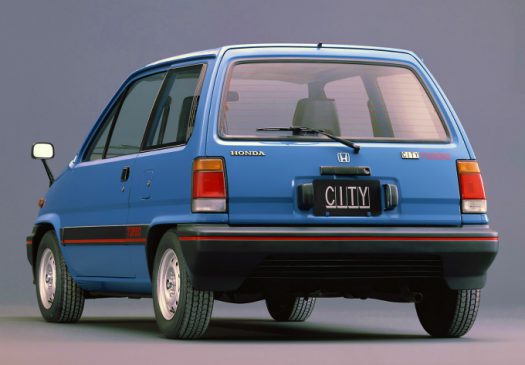 The original City Turbo was only given a short life. In October 1983 it was replaced by the City Turbo II which had a more aggressive look with flared fenders to fit the larger wheels (12″ –> 13″) and wider track, a bigger hump in the hood, body colored bumpers and Turbo II decals. The side mirrors changed from fender mounted to door mounted. 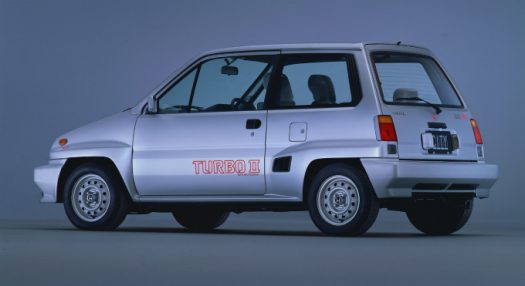 A major change for the Turbo II was also the powertrain. An intercooler was added and the intake, exhaust and compression ratio were changed. This resulted in 110 horsepower and 160 Nm of torque. It also featured a “scramble boost” function which increases boost pressure by 10% for 10 seconds in case full throttle was done under 3000 rpm. 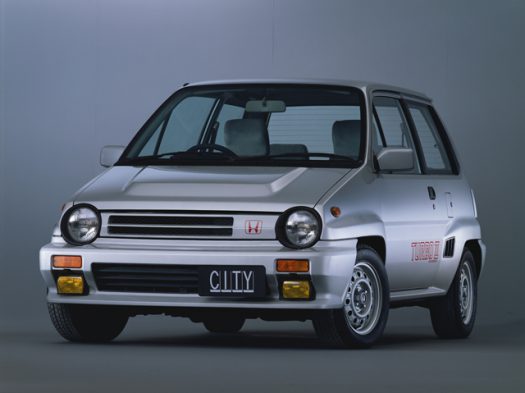 A unique option for the Honda City in Japan was the Motocompo folding bike which is a 50cc minibike. The Honda City its lugagge compartment was designed such that it could fit a Motocompo. The Motocompo its steer, handles, seat, etc. could be folded into the rectangular body of the bike to make a become a box that fitted exactly behind the rear passengers. 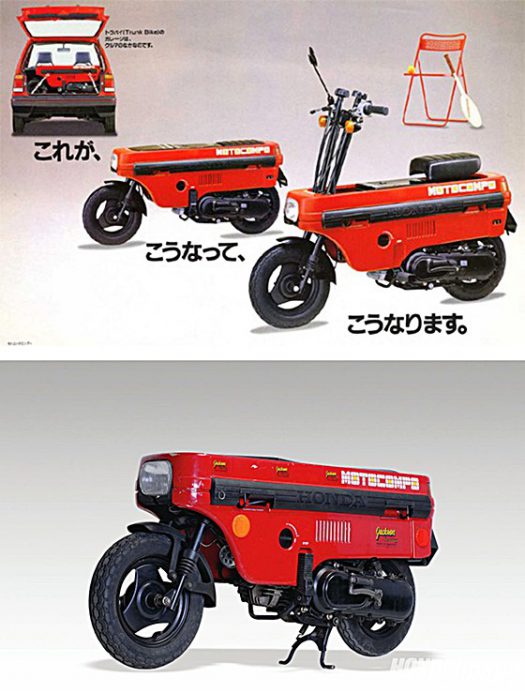