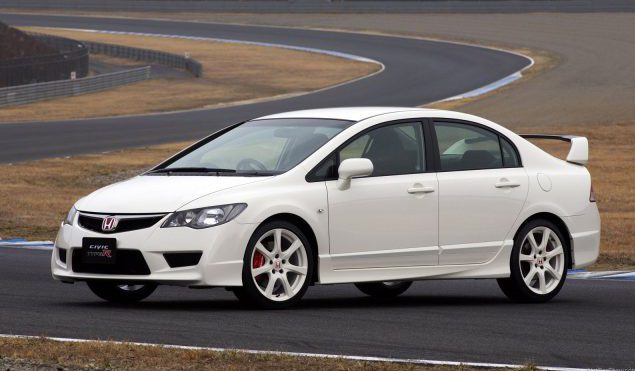 The third generation Civic Type R for Japan was based on the sedan variant of the Civic with codename FD2. It was announced in October 2006 at the Suzuka F1 Japan GP event with additional promotion activities before sales started on 29 March 2007. It was the first 4-door Type R vehicle since the Integra 4-door Type R. Being a 4-door, it meant the wheelbase was longer than the previous generation which contributes to stability in high speed corners. Other body dimensions also grew versus the previous generation, making the vehicle around 50-100 kilogram heavier than the 2nd generation also known as EP3.

On the exterior the vehicle could be recognised by a large rear wing, unique front bumpers, bodykit with build-in diffuser on the rear and 18 inch wheels. In the interior there were used the typical Type R  style elements such as red seat trim, carpet, Honda logo and start button. It was also possible to get a full black interior. Initially 3 colors were available, which were Championship White and Vivid Blue Pearl as standard and Super Platinum Metallic Silver as option. 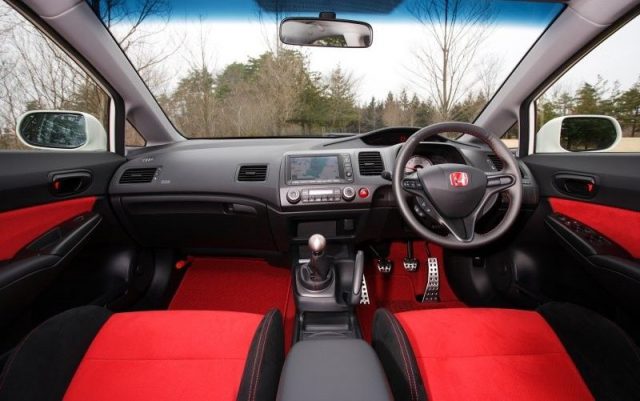 What makes the Type R a Type R, is the technology. The vehicle is equipped with a K20A engine producing 225 horsepower at 8000 rpm and a 6-speed manual transmission. All the power goes to the front wheels, where a limited slip differential is used to provide superb traction in the corners. Big red painted Brembo brakes are used. A independent rear suspension and high body rigidity also contributed to the vehicle’s renown handling characteristics.

In 2008 there was a small facelift with slightly changed rear lights and new colors. Black and white were now the standard colors because the Vivid Blue Pearl color was dropped.  The optional colors were Silver, Violet and premium White. The sales stopped in September 2010 because of emission regulations becoming too stringent. The vehicle was a success for Honda because the sedan body was much more practical than a 3-door hatchback as was the previous generation. In the first month, already over 2100 orders were received and a total of around 13,000 units have been produced.

Special versions of the Civic Type R FD2:
– Civic Mugen RR: A limited 300 unit version by Mugen with lightweight body panels making the vehicle 15 kilogram lighter and a stronger engine giving 240 horsepower. The only available color was Milano Red. Sold out in 10 minutes after sales start this is a sought after model.
– Spoon FD2: Spoon offers a wide range of tuning products for the Civic FD2. A heavy tuned version with center seat position for the driver has been created for race purpose only.

Click on the picture below to see the Civic Type R details and specifications per year such as weight, new price and equipment for each version in the Goo-net.com catalog. 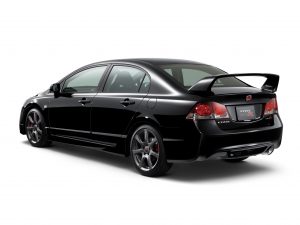 Europe received a different version of the third generation Civic Type R, namely a 3-door hatchback under the codename FN2. The version was significantly different with a less powerful engine, different chassis and technical packaging. This version was also sold in limited numbers in Japan under the name of Type R EURO. An overview of the sales: 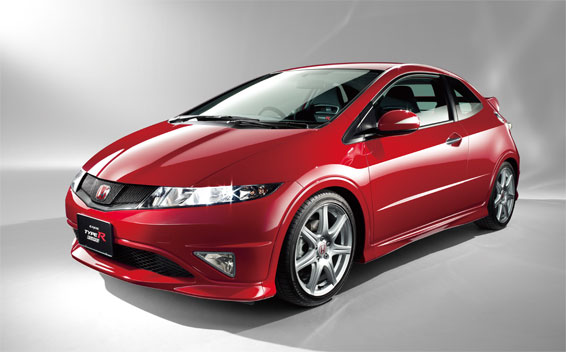 For the Civic enthusiast the following book might be of interest: