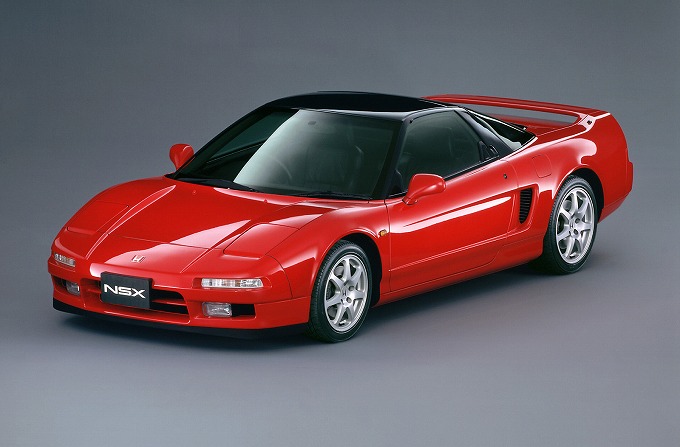 On the 14th of September 1990, the NSX went for sale in Japan. With a base  price of 8,000,000 yen it had a very high price tag compared to other Japanese sportscars at the time. The blend of performance and daily usability however, was something special. 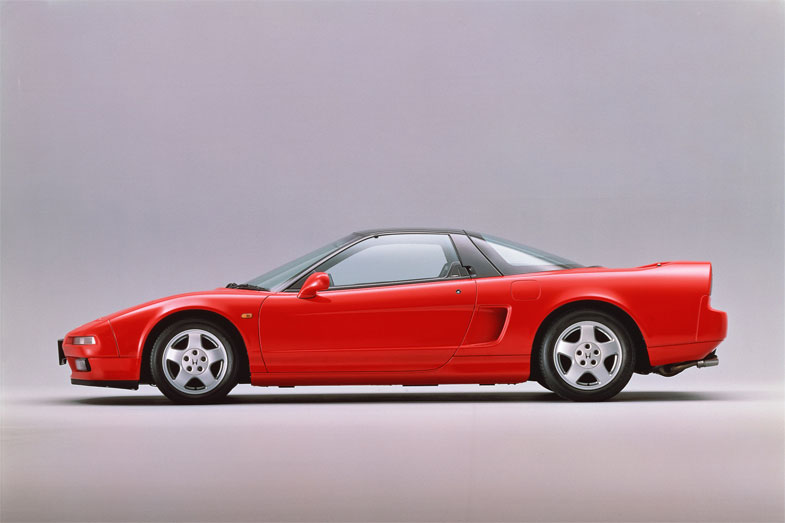 The NSX its monocoque has been fully made out of aluminium to save weight and the car was assembled by the most experienced and highest skilled workers. A specially developed engine was used for the NSX. The C30A is a 2977cc V6 engine boasting 274 horsepower for the manual transmission and 255 horsepower for the automatic. 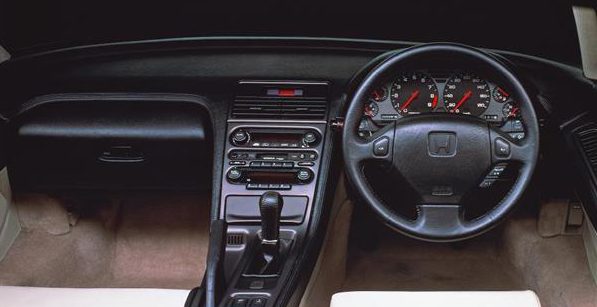 The cockpit of the NSX was designed to give the feeling to be in a fighter jet which resulted for a great visibility all around. As of 1992, it was possible for Japanese buyers to choose for the Custom Order Plan, allowing the customer to personalize their car. For example, a wider range of interior colors and trims were available.

A few months later, the NSX Type R was introduced for the Japanese market. It was 120 kg lighter than the regular NSX weighing just 1230 kg. Not much was changed on the engine but the suspension was stiffer and lowered by 10 mm, a different final drive for shorter gear ratio’s and very light Enkei alloys reducing the unsprung mass. In the interior there were red Recaro bucket seats and a new steering wheel without airbag. Additionally, air conditioning, central locking, power mirrors, stereo and some other weight adding features were removed from the vehicle. 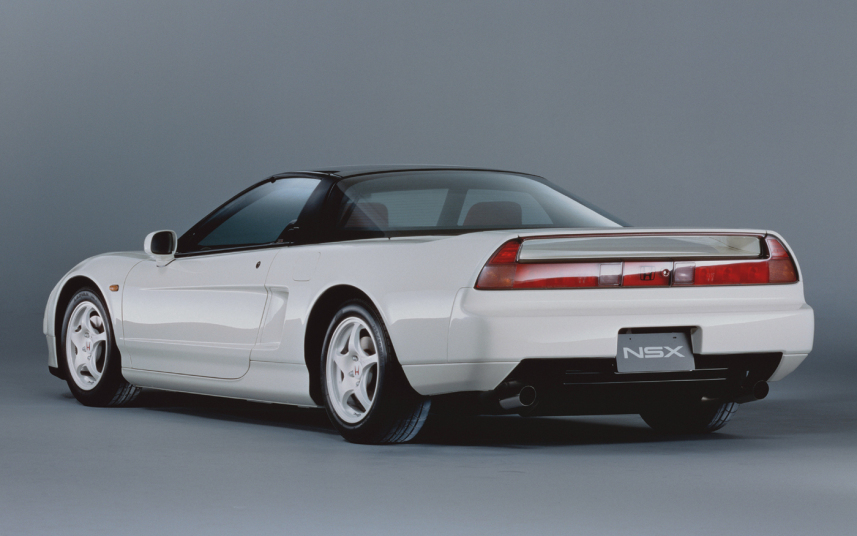 In 1997 a new 3.2 liter engine together with 6-speed manual transmission replaced the previous 3.0 liter with 5-speed. The same year, in Japan there was also introduced a new model variant, namely the Type S. It was seen as a more refined version of the Type R because also in the Type S weight reduction was applied by removing airbags, power steering system, cruise control and traction control while the air conditioning, radio and sound insulation remained. Furthermore, the Type S could be recognized by lightweight BBS wheels and a two-tone interior. 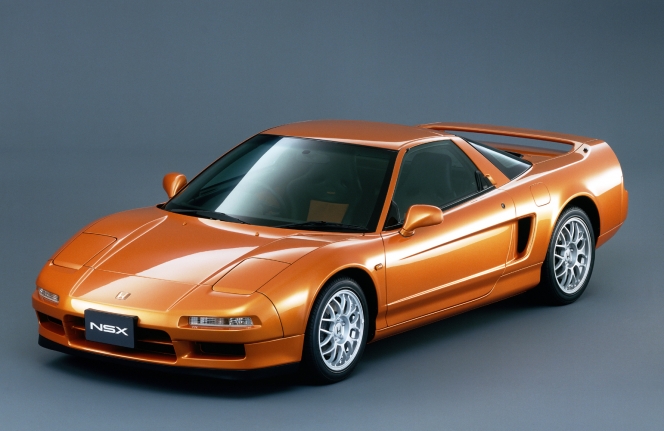 In addition the the Type S, there was also the Type S Zero, which had the comfort features removed and with no air conditioning, stereo and sound isolation, it resulted in an additional weight saving 50 kg over the regular Type S. The Type S Zero also sported a suspension that was set up even harder than the normal Type S. 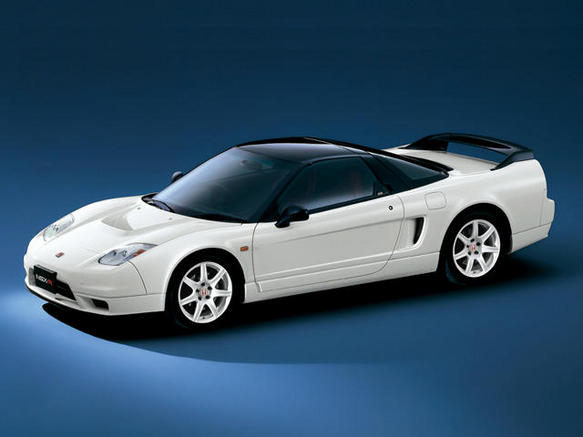 For the 2002 model year the NSX got a facelift with new headlights, rear lights, bumpers and wheels. Later that year the Type R also returned to Japan. A similar recipe like the first generation was applied focussing on weight saving and improved dynamics. Noteworthy improvements are the carbon fibre rear spoiler, front lid and front underbody cover, a red intake manifold cover, 300 km/h speedometer and a matte finish on the top of the instrument panel to prevent reflections in the windshield. Championship White was a unique color set for the second generation NSX Type R.

Special versions of the NSX:
– Esprit NSX: Esprit started with a Type S and converted the car into a Time Attack machine. A wide body kit, carbon fibre parts and a 690 horsepower turbocharged engine made this a record breaking car in Japan.
– Mugen NSX Prototype: In 1992 Mugen released a prototype of the NSX of which the body was fully made out of carbon except for the roof, trunk lid and door panels. An adaptive suspension with 3 settings was installed and the engine was tuned to over 320 horsepower. Throughout the interior, lots of Mugen parts were used. The car was a showcase of Mugen parts and many of the parts could be ordered in the Mugen catalog.
– Mugen NSX RR Concept: A few years after the production of the NSX was stopped, Mugen revealed this car at the Tokyo Motor Salon in 2009. The highlights of this car are the unique wide body kit and the fact that Mugen changed the orientation of the engine from transverse to longitudinal for a better flowing exhaust.
– NSX-R GT: For GT racing homologation purposes, Honda created 5 street cars of the NSX-R GT which was based on the 2002 NSX Type-R. Noticeable changes were made to the body such as a big front lip to improve downforce and a snorkel to feed air into the engine bay.

Click on the picture below to see the Honda NSX details and specifications per year such as weight, new price and equipment for each version in the Goo-net.com catalog. 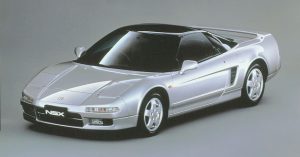 If you would like to read and see a lot unique photo’s about the NSX, the following book is a real recommendation: