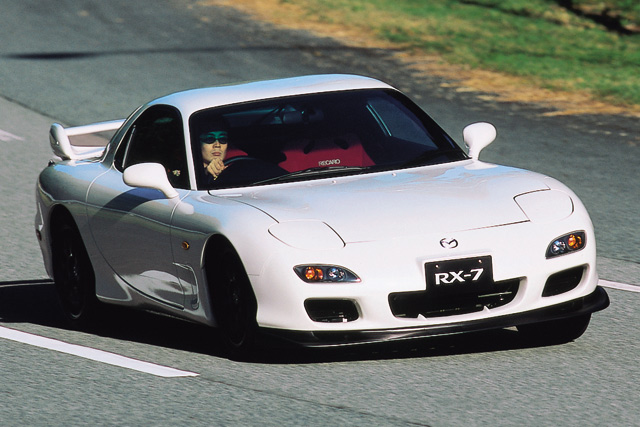 The FD generation of the Mazda RX-7 was released in 1991 to the Japanese market under the ɛ̃fini brand. While the FC its design had a lot of sharp lines, the design of the FD mainly consisted of round curves. The doorhandles tucked away in the B-pillar give the vehicle a clean look.

The vehicle was equipped the lightweight 13B-REW engine which supported the vehicle its low centre of gravity. It also allowed Mazda to create a 50/50 weight distribution between the front and rear wheels. The cockpit was aimed at the driver with a rpm gauge in the center of the instrument cluster. 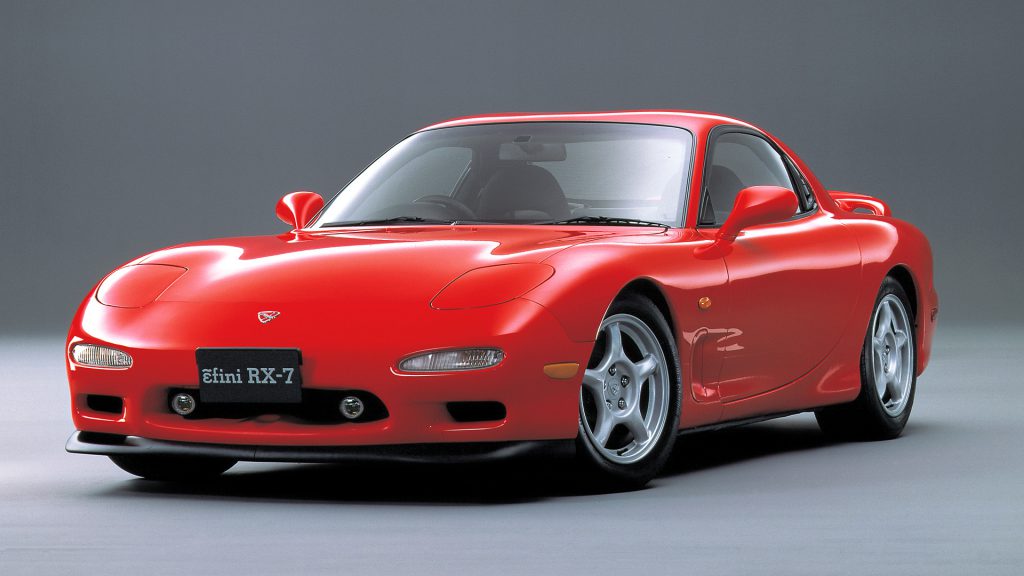 Japan saw its first special edition in October 1992 in the form of the Type RZ. It was a limited production run of 300 units with harder suspension, Recaro carbon front seats and no rear seats. The only available color was black. 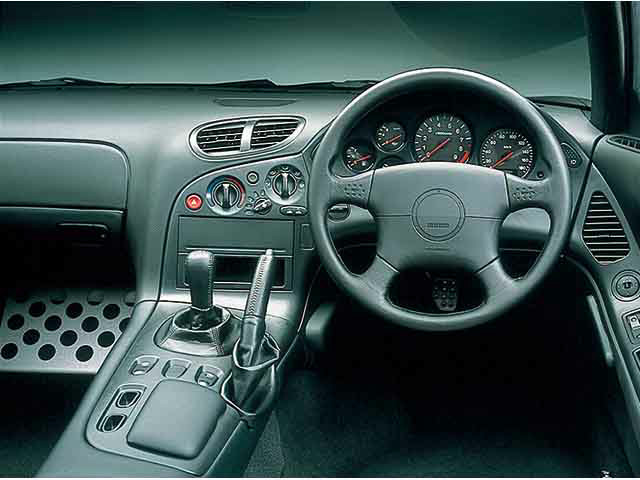 In August 1993, the revision 2 was introduced with improvements such as suspension refinements and upgrading interior parts. At this time the R II grade was also introduced which meant there was no back seat. In October 1993, another Type RZ was launched but this time it was limited to 150 units. September 1994 saw the launch of a special grade called the Bathurst, based on the R II grade. It was limited to 350 units.

The revision 3 was introduced as of March 1995 with few changes. A new model rear spoiler introduced, which had two stays instead of four. The rear view mirror was changed and the boot interior light was deleted. A new grade was added called the Type R-S. It has bigger brakes and a special Momo steering wheel. Again there were limited models of the Bathurst available and the Type RZ was this time not limited in production. 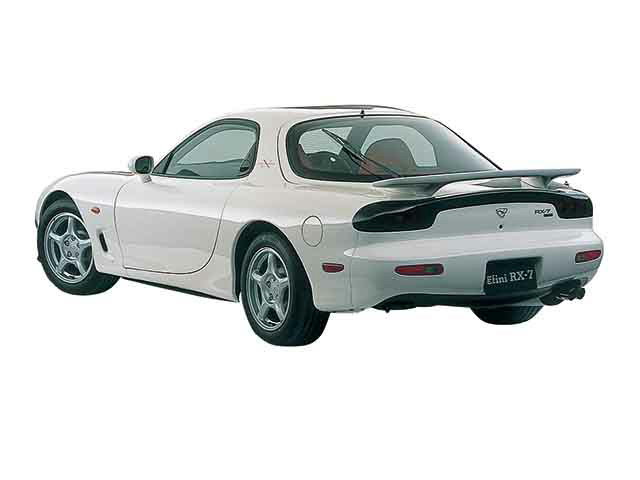 In January 1996 the revision 4 was launched with more significant upgrades. On the exterior the taillights were changed while on the interior the illumination changed from amber to green. Though, on the interior cost reduction was applied on several parts and adjustable dash illumination was deleted. In October 1997 the name was changed from ɛ̃fini to Mazda, except for the RS-R which was already introduced in January 1997 under the Mazda name. The RS-R was an 500 unit limited run anniversary grade with special Yellow color.

Major modifications were done to the RX-7 in 1999 (revision 5) with most noticeable being the front fascia and new rear spoiler with adjustable center piece. The list with technical changes was very long, noteworthy changes being a changed exhaust line and turbo boost increase (the engine now produced 280 horsepower), suspension setting change, power steering force reduction, ABS program change and addition of passenger airbag. 4 grades were available, namely RB, RB S-Package, R and RS. The RS grade with bigger brakes had upgraded wheel size from 16″ to 17″ which were 0.48 kg per wheel lighter. 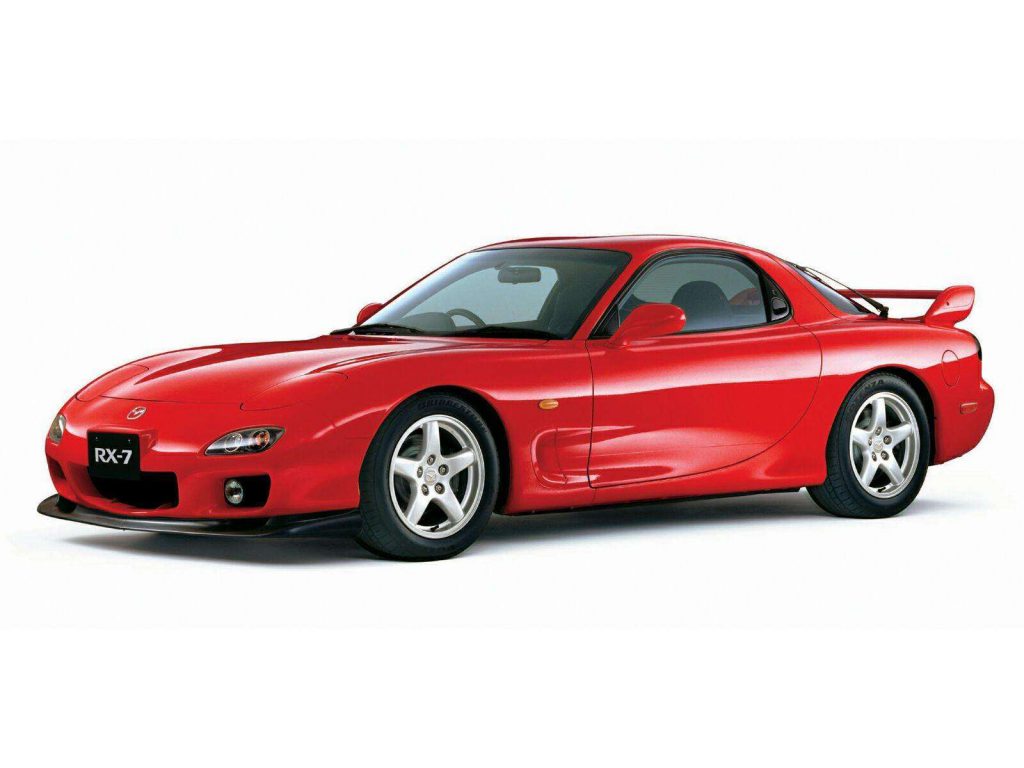 The final model of FD was the revision 6 which was introduced as of September 2000 and key change points were that the ABS computer changed from 8 bit to 16 bit, the addition of electronic brake force distribution and a clutch interlock which meant you had to push the clutch pedal to start the engine. It also saw the Type RZ limited edition model again. This time 325 units and the only available color was white. In August 2001, there was a limited edition of 650 units called the Type R Bathurst R grade in Innocent Blue Mica, Pure White or Sunburst Yellow. Special equipment included carbon interior details and height adjustable shock absorbers. 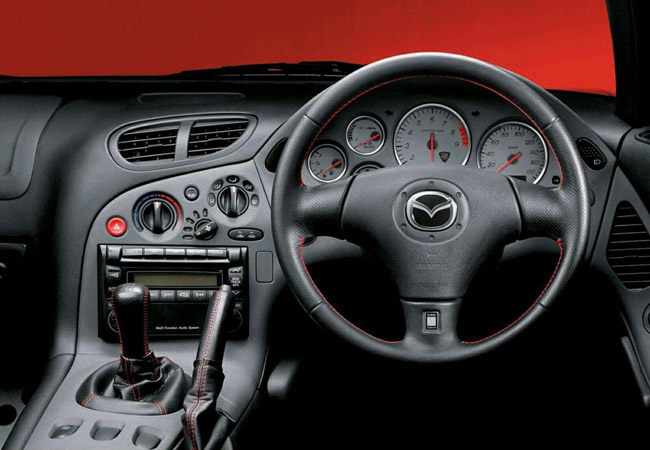 Classicregister.com has an in-depth description on how to identify a Spirit R Type A. Click here. 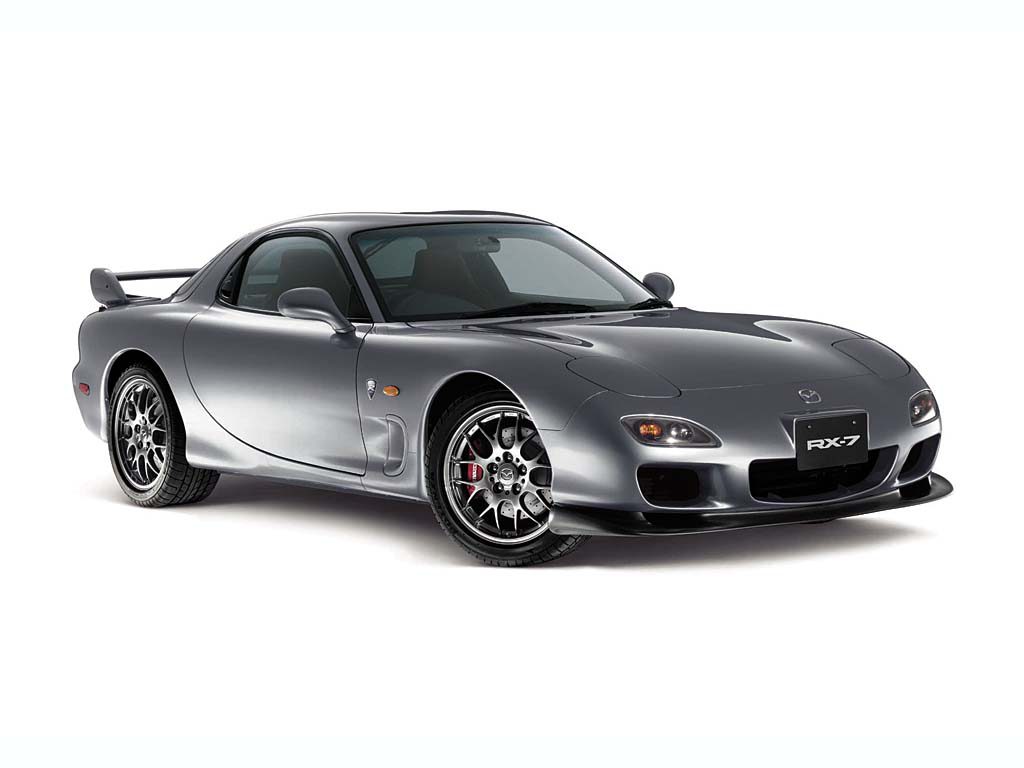 Remarkable versions of the FD RX-7 are:
– FEED RX-7 – Fujita Engineering Evolutional Design is a company that is specialised in Mazda rotary engine tuning and aero parts. The company has created several iterations of the FEED RX-7 dominating the Gunsai Touge.
– Veilside RX-7 Fortune – a wide bodykit designed by Veilside which completely changes the appearance of the RX-7.

Click on the picture below to see all Mazda RX-7 versions per year and detailed specifications such as weight, new price and equipment for each version in the Goo-net.com catalog.

Here are some recommended books for the RX-7 enthusiast: