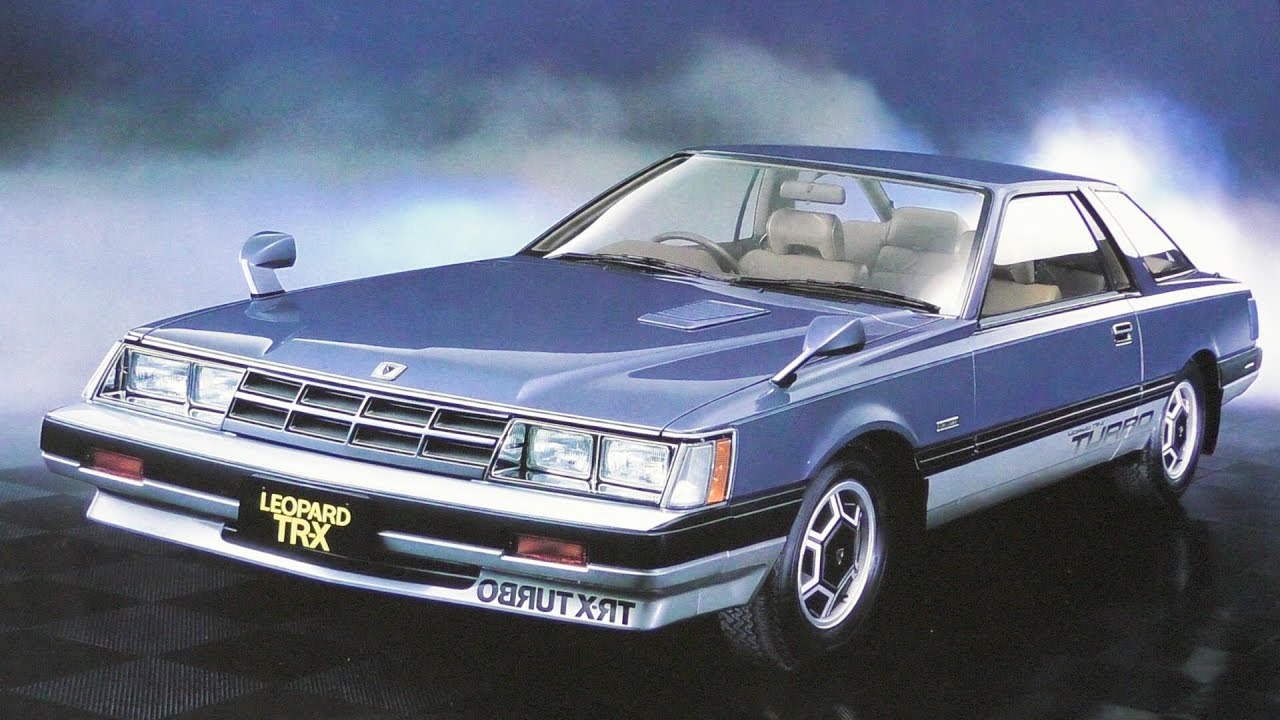 The Nissan Leopard was introduced as a luxury coupe/sedan to Nissan’s line-up in 1980 in the regular Nissan stores because the Skyline was only available in specific sales stores. Initially it shared the same platform as the Skyline also being front engine rear wheel drive.

The first generation started sales in October 1980 with a 4-door hardtop and a 2-door hardtop as body styles on offer. Innovative features such as an fuel gauge and fender mirror wiper were used to attract customers. As of the introduction, 3 engines variants were available: 1.8 liter 4-cylinder (Z18), 2.0 liter 6-cylinder (L20E) and 2.8 liter 6-cylinder (L28E). In 1981 a turbocharged L20E engine (L20ET) was introduced. The 4-cylinder received a 4-speed manual transmission while the other engines had a 5-speed or 3-speed automatic. 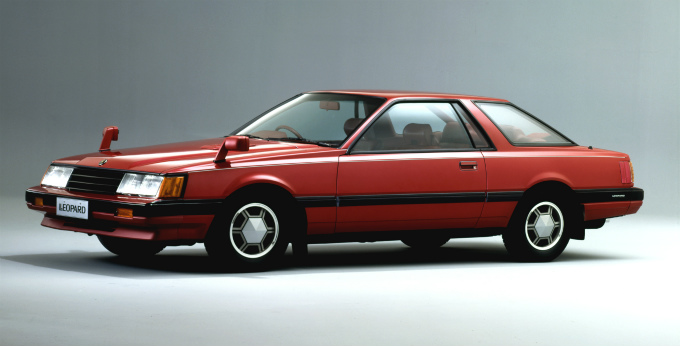 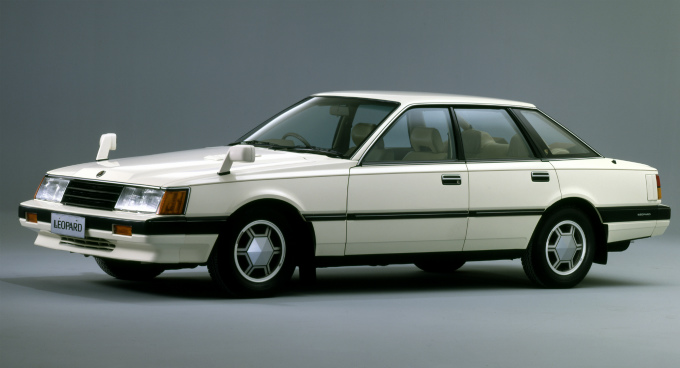 In June 1982, there was a minor model change during which the front grille and rear lights changed. The automatic transmission now had 4 gears with an overdrive. The grade names changed (F → GX.CF → SGX.SF → ZGX) and the L28 was dropped from the line-up. In 1984 a new top performing engine was added to the line-up. The VG30ET produced 230 horsepower.

The second generation of the Leopard was introduced in February 1986 in the form a 2-door coupe body only. It was a much more modern looking car with upgraded technology under its shell. The 4-cylinder was now dropped, leaving the VG30DET engine and two new 2.0 liter V6 engines (normally aspirated and turbocharged). The VG20E and VG20ET produced 115 respectively 155 horsepower. A normally aspirated 3.0 liter V6 engine (VG30DE) was also added, producing 200 horsepower. Standard equipment was good with luxury goods such as digital instrument cluster as standard. The high spec models even could have a 6″ display allowing to watch television or a car phone as option. July that year saw the introduction of two-tone paint and option of having a rear spoiler. 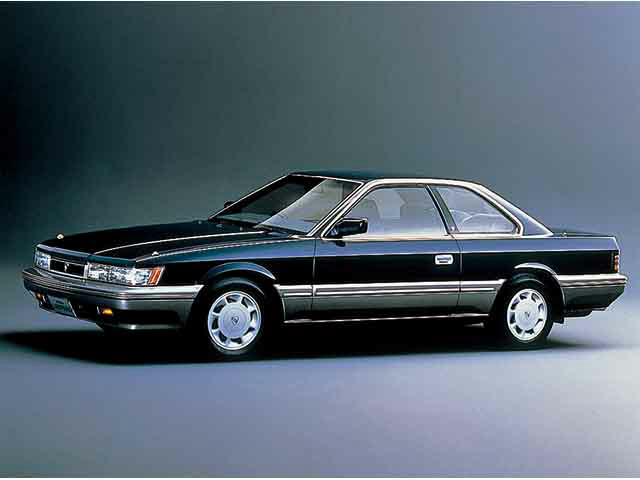 A minor model change was done in August 1988, with the exterior of the vehicle becoming a bit more rounded appearance. And although the design of the aluminium wheel looked similar to the pre-facelift versions, it was slightly changed. The digital instrument cluster was replaced by an analog one. A new engine was added at this time as well. The engine’s saw significant performance improvement as well. Around 38,000 Leopard’s of the second generation have been sold in Japan. In 1989, Autech produced a limited amount of vehicles called the Autech Zagato Stelvio based on this generation of the Leopard. 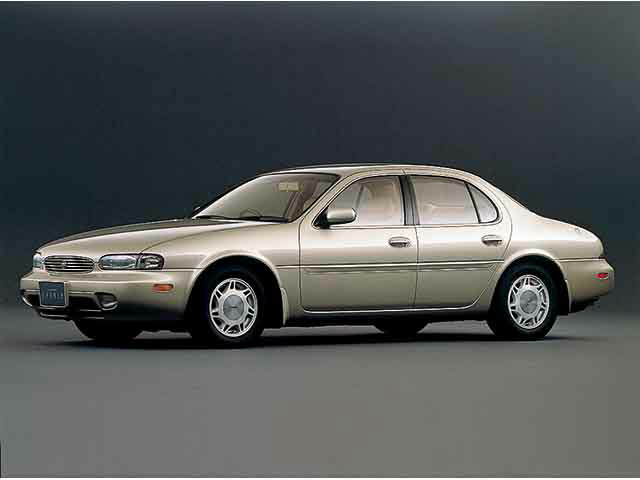 For the third generation, Nissan changed the body style from a 2-door coupe to a 4-door sedan. It was also based on a different platform, that of the Nissan Cedric and Gloria, still having rear wheel drive though. Engines were now a V6 (VG30DE) and V8 (VH41DE) that both were coupled to a 4-speed automatic transmission. The V8 engined model also featured super HICAS rear wheel steering. The luxury interior of the vehicle was designed with Italian furniture maker Poltrona Frau. Nissan payed special attention to deliver a high quality impression in the interior. For example, the feeling of the switches were tuned and for the parking brake, special technology was used to make it as silent as possible. This car was also the first in Japan to feature a passenger airbag as standard equipment. It was produced between June 1992 and February 1996 when the fourth generation started production. 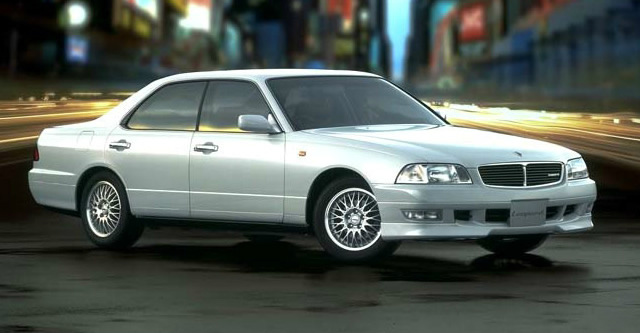 Like the previous generation, the fourth generation was also only available as a 4-door sedan. It was based on the same platform but also available with four-wheel drive later in the model cycle. Engine choice was based on the VG30, with the VG30E with 160 horsepower, VG30DE with 220 horsepower and the VG30DET with 270 horsepower. The XJ grade was for the base engine, XR for the mid range model and as top range grades there were the XV and XV-G grade with the XV-G putting the emphasis more on the rear passenger comfort. In October 1997 there was a minor model change with focus on updating the drivetrains. A new addition was the RB25DET engine with 235 horsepower and four-wheel drive. The VG30 and VG30E engines got replaced by the VG20E, VQ25DE and VG30DD engines giving the customer a wider range to choose a suitable engine. The sales of this model stopped in June 1999.

Click on the picture below to see all Leopard versions per year and detailed specifications such as weight, new price and equipment for each version in the Goo-net.com catalog. 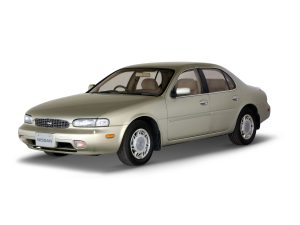