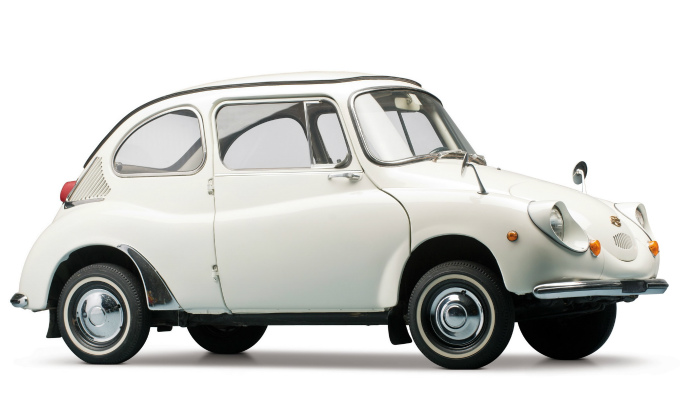 1958 was the year that the first successful developed vehicle of Subaru came to market in Japan. It was a small two door hatchback marketed as vehicle for the masses. The Subaru 360, as it was named, complied with the Kei-car regulations at that time, which stated an engine up to 360 cc could be used hence the name Subaru 360.

The dimensions of the car are small with just under 3 meter in length and 1.3 meter in width. Subaru did an amazing job on the packaging, as with these small dimensions they managed to create a passenger compartment suitable for four persons. The doors were hinged on the backside (suicide doors) so that entry in the vehicle was more easy.

For the bodywork of the car a very thin steel of only 0.6 mm was used. This contributed to the vehicle weighing in at only 410 kilogram. In the interior there was also a focus on weight and cost reduction. There was no separation between the front seats so occupants were sitting close to each other. 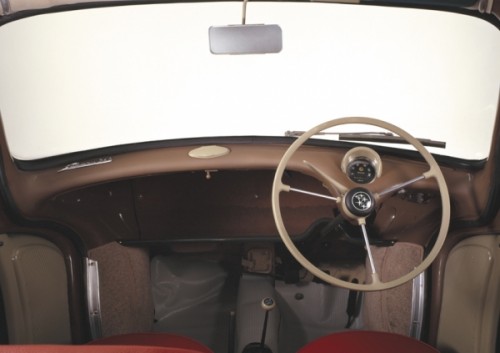 The 356 cc two stroke 2-cylinder was placed above the rear wheels and was air-cooled. The engine producing 16 horsepower was connected to a 3-speed manual transmission.  Later in the life-cycle the engine became more powerful, from 18 to 20 to 25 horsepower out of the EK31 engine. And, as an additional option the EK32 engine with 36 horsepower. This EK32 had two carburetors instead of one and was marketed as more sporty model towards young people. 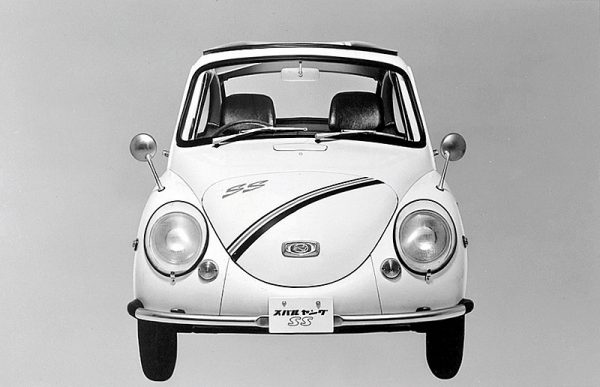 Other variants of the  Subaru 360 were a convertible and commercial van. The model was also exported to the USA, where around 10,000 units have been sold. The production was done in Otakita plant in Gunma, just North of Tokyo and more than 340.000 units have been produced. 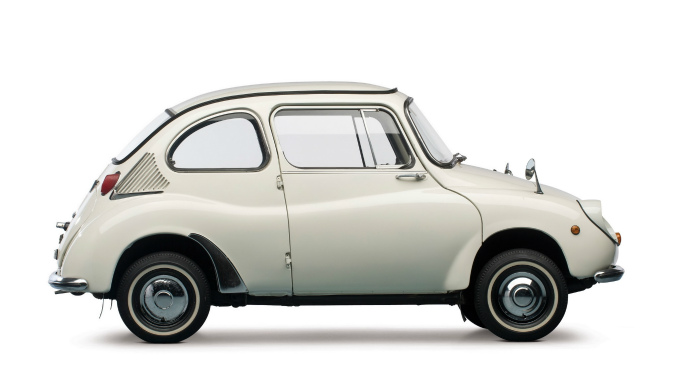