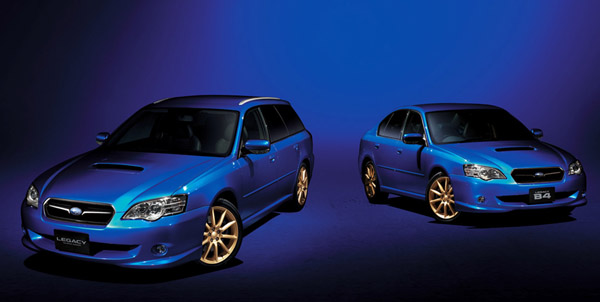 The fourth generation Subaru Legacy started sales on the 23rd of May 2003 for the Touring and a month later for the sedan, called B4 in Japan. Safety performance has been significantly improved versus the previous generation while compared to similar grade, the weight was reduced with approximately 100 kilogram. The car was received very well on the Japanese market receiving the 2003-2004 Japan Car of the Year award. Although the Legacy is sold worldwide, the best versions were kept for the home market.

One of the grades that was only available in Japan was the 2.0 GT (Spec B). It featured a turbocharged 2.0 liter boxer engine with 280 horsepower with manual transmission (EJ20Y) and 260 horsepower if the 5-speed automatic (EJ20X) was chosen. A twin scroll turbo is used and the engine also featured Dual AVCS (Active Valve Control System) which is variable intake and exhaust valve timing. The Spec B was more driver focused with among others a harder suspension setting. 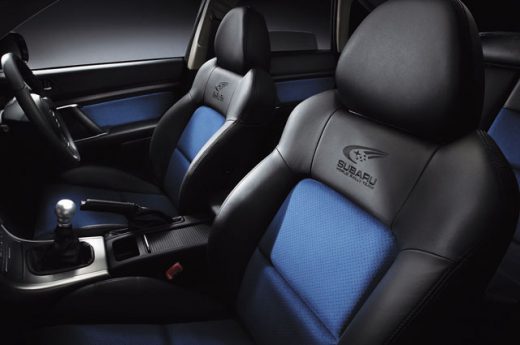 A special version of the 2.0 GT Spec B was released in July 2004. It was called the WR Limited 2004 and had the same blue color and gold color for the wheels as the Impreza which competed in the World Rally Championship that year. Other features included an exclusive seat with blue alcantara and black leather, red illumination instrument panel, low beam HID and special badges. A similar model was released the year after, called the WR Limited 2005.

In August 2005 a limited model based on the 2.0 GT Spec B again was called the Legacy Tuned by STI. It was available in both manual and automatic transmission. Features included a special Bilstein suspension, 18 Inch alloy wheels by STI, Brembo brakes, STI exhaust and other STI parts. In the interior there were special seats and instrument panel. Mid 2006 there was a facelift and shortly after the Tuned by STI version was available again this time in a limited run of 600 units. The transmission also changed from a 5-speed previously to 6-speed for the facelifted Legacy. In August 2007, another limited run was available again. 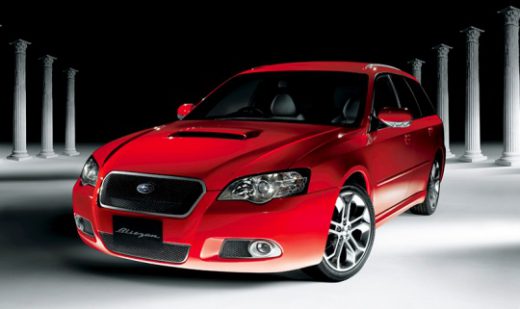 Beginning of 2006, just before the facelift would be introduced, another version called the Blitzen was released. It featured an exclusive red color and was also based on the 2.0 GT Spec B. Bilstein suspension and 18 Inch alloy wheels with exclusive design were standard equipment. The Blitzen also had a unique front grille and unique styled front and rear bumper.

One of the final models of the 4th generation Legacy was the S402 which is limited grade of only 402 units. Sales started in June 2008. It featured a special tuned engine by STI with capacity of 2.5 liter able to produce 285 horsepower and 392 Nm of torque. The engine was coupled to a 6-speed manual transmission. Chassis improvements were done and special tuned Bilstein suspension was installed. On the front there were 6-pot brakes and rear 2-pot brakes by Brembo. The VDC (Vehicle Dynamics Controller) was tuned for more sporty driving. On the exterior, the S402 featured a widened front fenders by 20 mm, a carbon front splitter and 18 Inch BBS wheels. 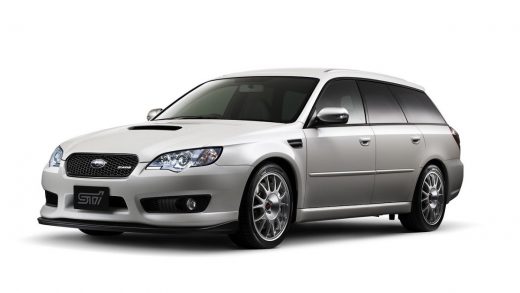 Click on the picture below to see the Subaru Legacy details and specifications per year such as weight, new price and equipment for each version in the Goo-net.com catalog. 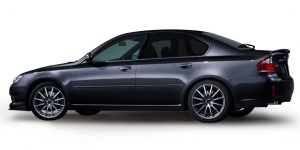