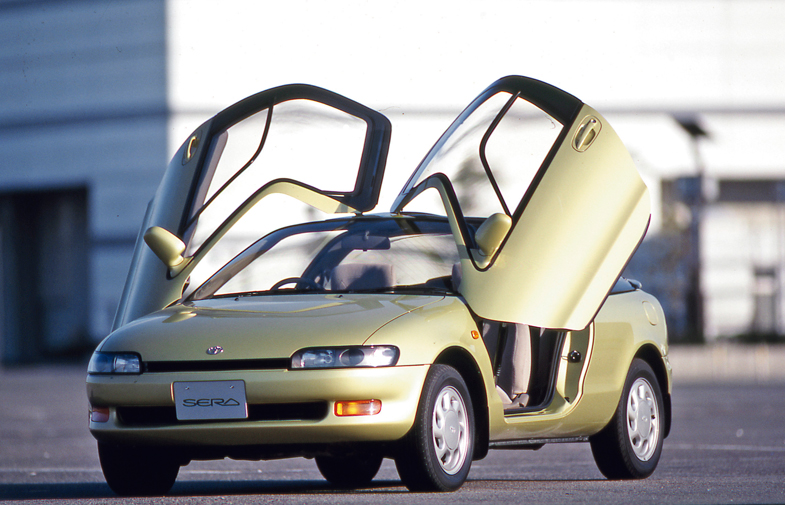 The Toyota Sera is a small 3-door coupe with front wheel drive and a 1.5 liter 4-cylinder engine. Al lot of glass was used for the windscreen, doors, roof and rear hatch, giving the cockpit a spacious feeling with a great all-round visibility. Another noticeable feature of the car are the doors that move up and forward when opening. It is more complex in both design and production and was a reason for Toyota to show what they were capable off. Special attention was paid to the opening and closing of the door, in all seasons. As the performance of one damper was highly influenced by seasonal weather, Toyota used an additional damper to balance out the seasonal behavior. The projector headlights were also something that was rarely seen in the early 90’s.

Toyota also worked hard on the interior to look good both from the inside but also outside, as the amount of glass made it easy to look inside the car. For the front seats, bucket type seats were used while in the rear there were 2 seats separated by central armrest. Although a 2+2 seating configuration, the rear seats did not offer much space for adults. Equipment like automatic air conditioning was standard but there were also a lot of options available. One was an audio system with 10 speakers called the Super Live Surround Sound system. An air freshener system that could blow scents through the interior was also available. This Air Fantasy system worked with scent packs for which the customer had the option of 5 different scents. 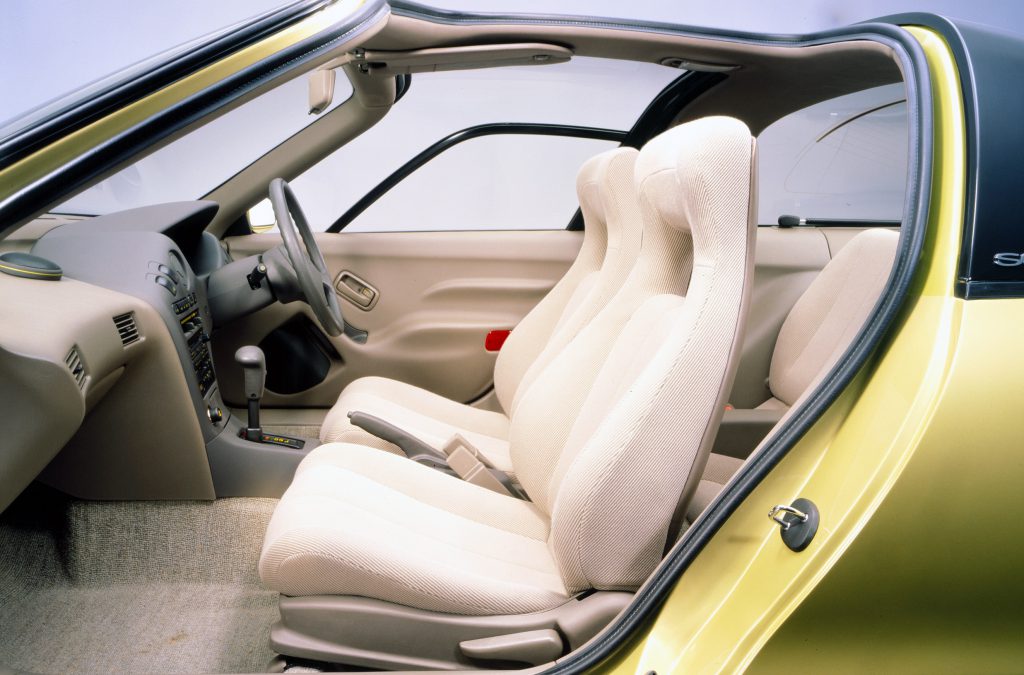 Production started in February 1990 and the customer could choose with either a manual or automatic transmission coupled to the 5E-FHE engine with 110 horsepower. Over the years, the Sera production can be divided in 3 phases. The first phase lasted until May 1991 and the majority of cars (around 75%) were produced in the first phase. In the second phase the fuel filler cap changed from a bayonet type to screw type and there were used different seat materials. The third phase again saw some changes on the seats, as well as a new rear spoiler with third brake light, side impact beams for the doors and three-point seat belts for the rear seats. 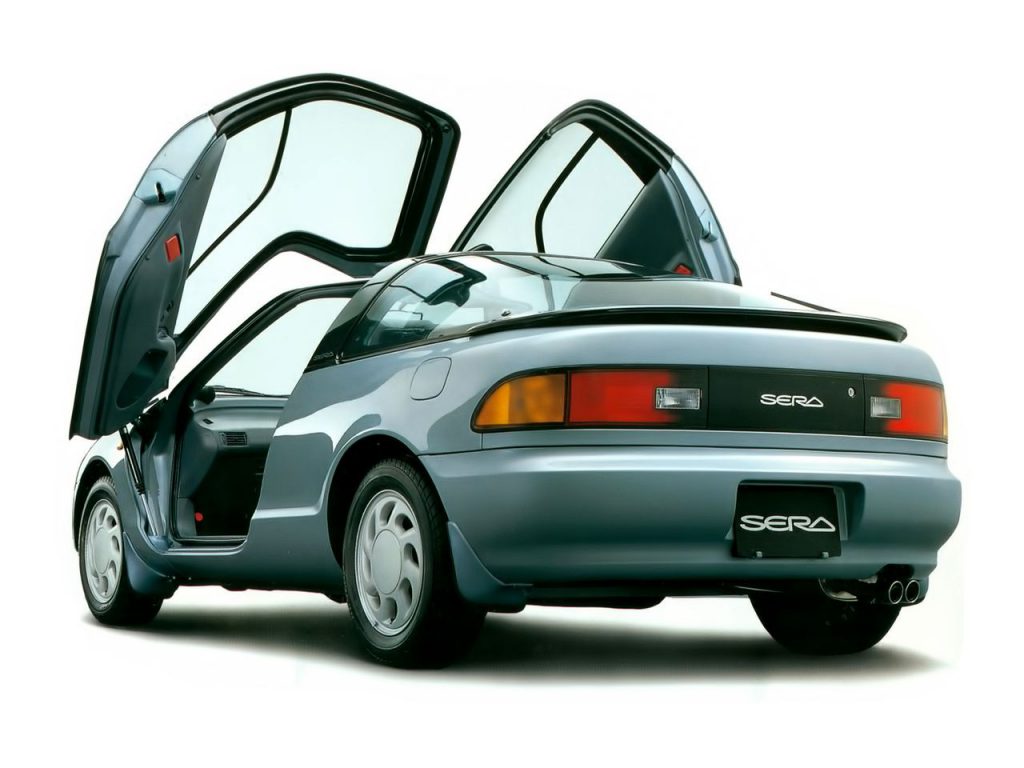 In  the end of 1992 there was also a limited edition of the Sera which was called the Amlux version. It had an automatic transmission, two-tone body color, special color hub caps and the Super Live Surround Sound system as standard equipment. The customer could choose from 6 special seat material designs. It is said only 21 units have been produced. Production ended in December 1995 after almost 16,000 units have been produced.

Click on the picture below to see the Toyota Sera details and specifications per year such as weight, new price and equipment for each version in the Goo-net.com catalog. 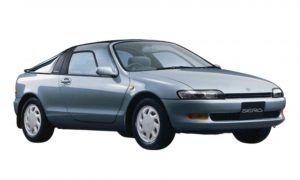 Much more information including design sketches and pamflets about the Sera can be found on the website headlightmag.com:

Click here to go to headlightmag.com and see more about the Toyota Sera