Twin Ring Motegi is a complex of circuits. The name is referring to the two main circuits, which are an oval course called the Super Speedway and a regular circuit called the Road Course.  Besides these, there are also two smaller circuits called the North Course and South Course, and a large skidpad area called the Multi Course.

Honda established the circuit in 1997 with an initial purpose of making it the 2nd most important circuit of Japan after Suzuka, which Honda also owned. It was also an opportunity to bring Indy-car racing to Japan. The circuit is now ownership of Mobilityland Corporation which also is owner of Suzuka Circuit. 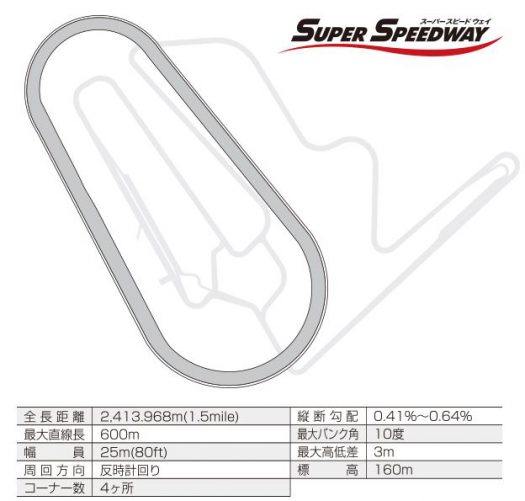 The Super Speedway is exactly 1.5 mile long or around 2.4 kilometer. The straights are 600 meter and bankings of the corner exactly 10 degrees. Indycar racing was done until 2011 but the Great East Japan Earthquake of that year damaged the course such that high speed racing was not possible anymore on the course. Currently the main straight is being used for drag racing such as the Motegi Street Shootout. 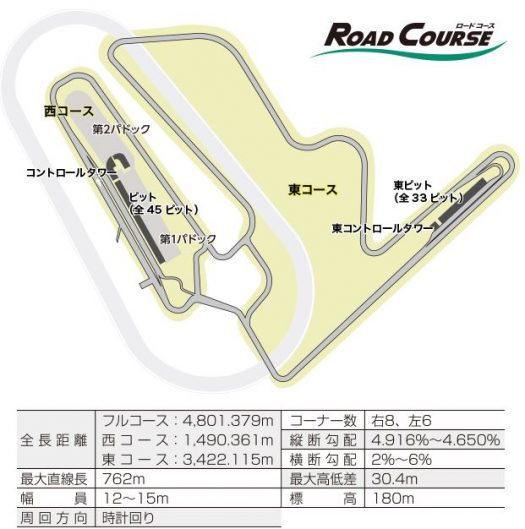 Driving the full length of the Road Course is 4801 meter. But the full course can be divided in the west course and east course, each respectively using that part of the circuit. The west and east course can be ran at the same time. The full Road Course has long straights and relatively few corners for such a long track, resulting in a high average speed. The circuit is usually ran clockwise. 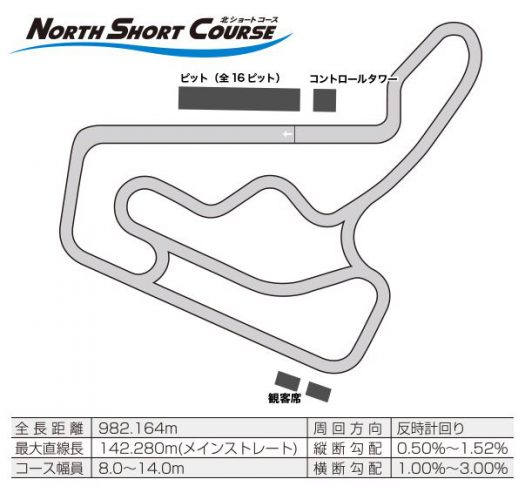 The North Course full length is just under 1 kilometer, with the straight being 142 meter long. It is often used for carting, but also gymkhana and grip driving events or occasionally held. 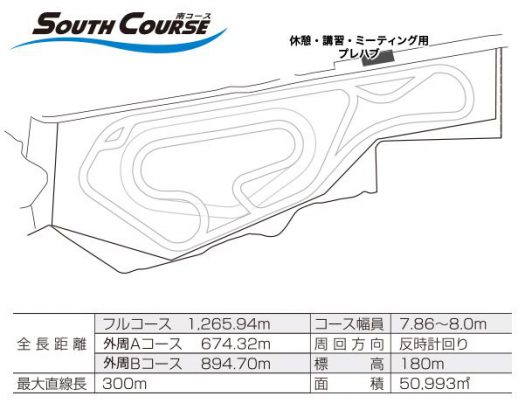 The South Course is big asphalted area of 50000 m2. White lines are painted to represent a circuit. Driving the full length of this pre-laid out course is around 1266 meter, but also different shorter layouts are possible. 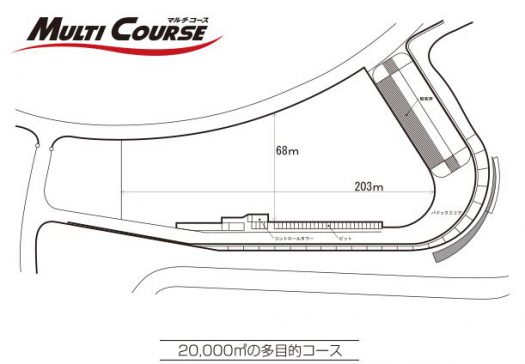 The Multi Course is similar to the South Course, it is a multi-purpose asphalted area that can be used for several activities such as gymkhana, drift practice, driving schools, etc. The Multi Course does not have a painted lines so usually pylons are used to set out a course. It is also approximately 2.5 times smaller than the South Course but still big with 20000 m2.

Many events are organised on Twin Ring Motegi, also for driving yourself. Just going there and doing some free driving like on the smaller circuits in Japan is not available at Motegi so it is advised to join one of the organised events. There is the option to drive behind a pace-car and do a 2 lap discovery on the Road Course. It costs 3300 Yen. It is called Circuit Cruise and is regularly hosted, so be sure to check the calendar on the Motegi website. 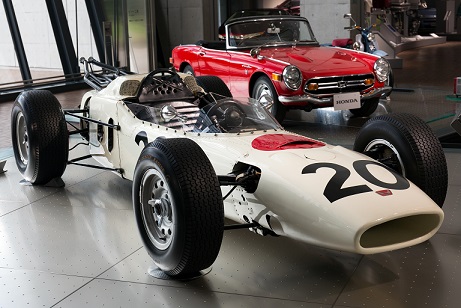 The circuit also boasts the Honda Collection hall with many special Honda cars and bikes. Other facilities such as a hotel and camping ground are also near the circuit complex. There is always a 1000 Yen entrance fee to the complex unless a special event takes place, then the price can be different.

Twin Ring Motegi is about 1 hour of driving by car east of Utsunomiya and 45 minutes west of the city called Mito. From Mito there is also a bus which goes directly to the circuit, and this takes almost 2 hours costing around 1500 Yen.