Just south of Sendai city a circuit called Southern Circuit also known as サザンサーキット in Japanese. It is a relatively short track with a length of 1100 meter and track width between 8-10 meter. The track can have various layout possibilities due to several connections between parts of the track, but basically it is always the layout as can be seen in the figure below. As the circuit is quite short and it has a lot of corners, it is popular for drifting. Next to the circuit is also a offroad circuit. 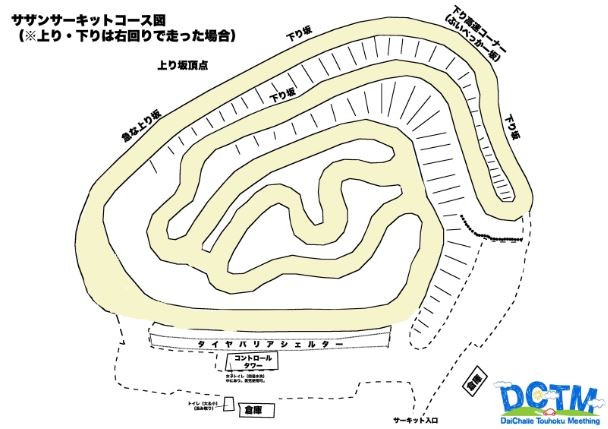 Driving on the circuit can be done as member or non-member. In order to become a member, a yearly license has to be bought. It costs 8500 Yen for the first year and it is reducing for the following years.

In the weekend the morning is usually for bikes and the afternoon, as of 13:00 is for cars. In the summer the gate opens at around 9 o’clock, driving starts at 9:30 and ends at 17:00. In the winter the opening hours are slightly less. Every driving session is approximately 15 mins. The location is approximately 30 minutes driving by car from Sendai city. No public transport stations are near the circuit.