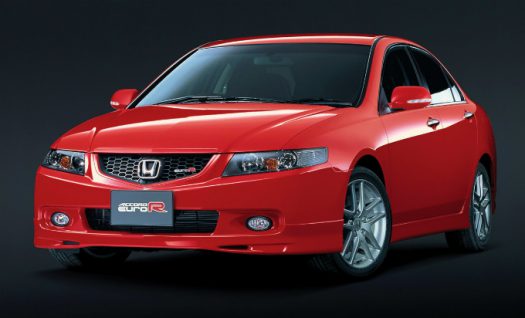 The Euro R is the sports version of the Honda Accord. It is not called Type R because it is not as hardcore as those Type R models. The concept for the Euro R is to combine sportiness with ease of handling. The R symbol on the actual car is also red but it has a different font. 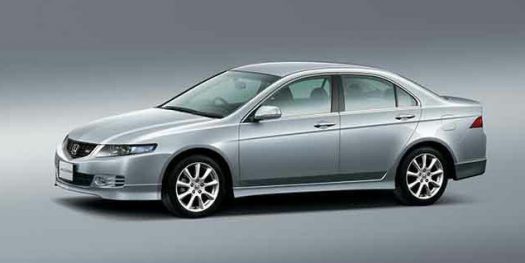 The CL7 featured the 2.0 liter K20A engine which is also used in the Civic EP3 Type R. It produces 220 horsepower at 8000 rpm. A 6-speed manual transmission was the only available transmission. The shift stroke was reduced to 50 mm and the shift knob placed closer to the driver to enhance driving involvement. A helical limited slip differential between the front wheels is used to get the power to the ground.

Versus the regular Honda Accord, other features included a dechromed exterior, front lip and R badges on the exterior and Recaro seats, a Momo steering wheel and a special Euro R dashboard. 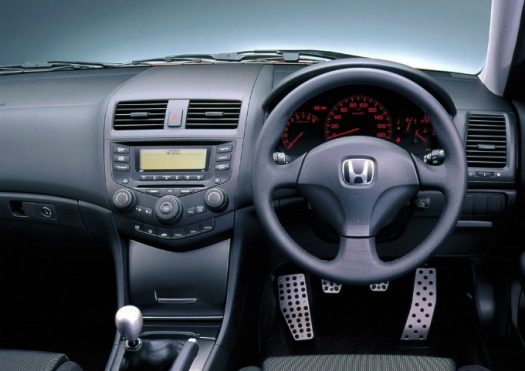 Click on the picture below to see the Honda Accord Euro R details and specifications per year such as weight, new price and equipment for each version in the Goo-net.com catalog.