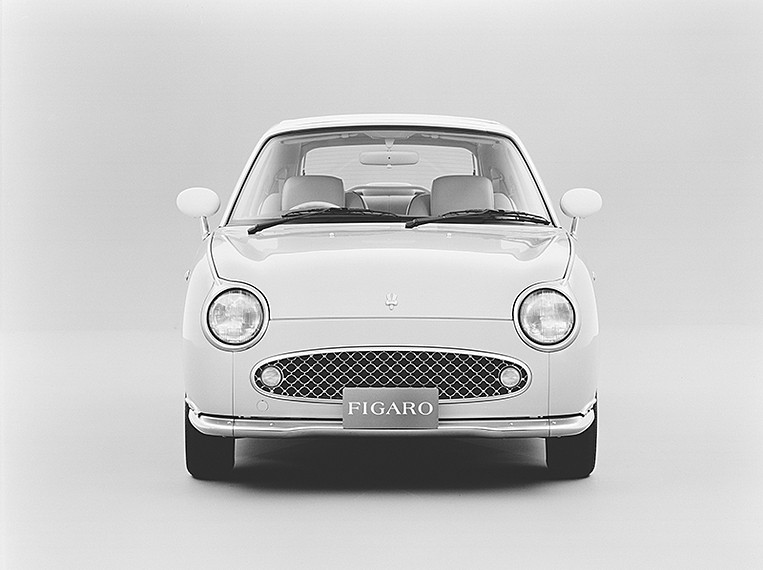 Of the four special cars that Nissan based on the Micro in the late 80’s and early 90’s, the Figaro is the most outstanding. The Be-1 and Pao are hatchbacks and the S-Cargo is a small delivery van, while the Figaro is a 2-seater coupe with retractable softtop.

In 1989 the model was first shown on the Tokyo Motor Show. Almost one and a half year later, in February 1991, sales started. Demand was high, so a lottery was held for interested buyers. In total around 20,000 units have been sold. The factory that build the Figaro’s is just south of Tokyo, in the Oppama plant in Kanagawa prefecture. 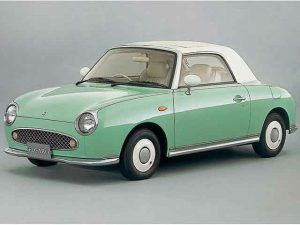 It has a unique retro styling with a lot of chrome elements. However, under the skin it was very similar to a Micra, or Nissan March as named in Japan. A turbocharged 987cc  engine was used which output around 75 horsepower. This was connected to a 3-speed automatic transmission. This combination  was sufficient for the vehicle weighing only 810 kilogram. 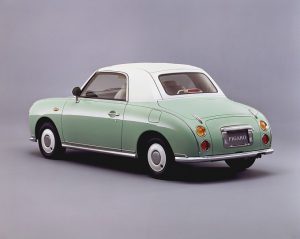 For the exterior there were four colors available, said to represent the four seasons. Emerald (green) for Spring, Pale Aqua (blue) for Summer, Topaz Mist (brown) for Autumn, Lapis Grey (grey) for Winter. The roof was in a contrasting white color. In the interior a ivory theme was used, with leather seats as standard. 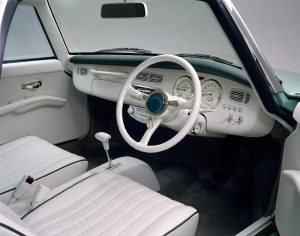 The roof construction was such that only the middle part would retract in the back the of the car. A benefit of this is that the side members of the roof give the vehicle body more rigidity. The retracting part is a soft top with rear glass, which even has a defroster in it. 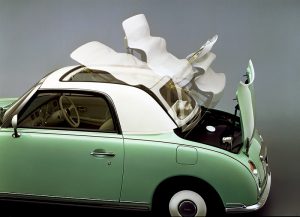 The Figaro is a popular car for female buyers, due to its more cute design. A lot of Figaro’s have been exported, especial to the United Kingdom and United States, but they can nowadays be found anywhere around the world.

Click on the picture below to see the Nissan Figaro details and specifications per year such as weight, new price and equipment for each version in the Goo-net.com catalog.

Interesting products for the Figaro enthusiasts: