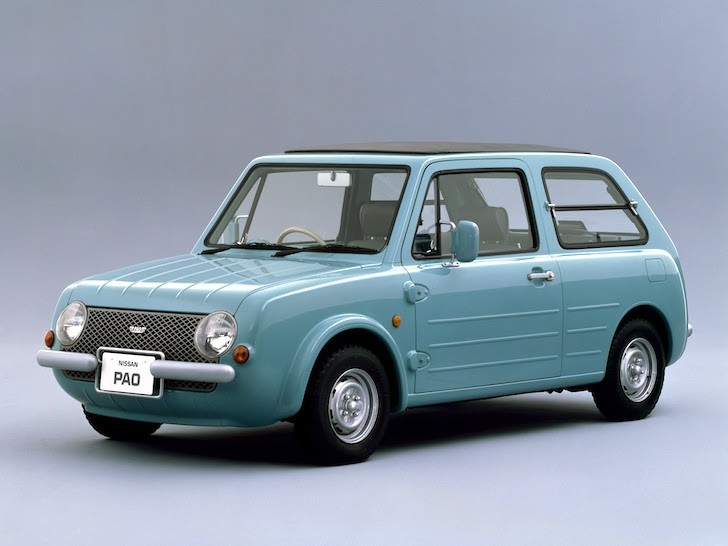 Same as the Be-1 and Figaro, the Nissan Pao was a special vehicle based on the Nissan March. Again it has a bit of retro styling, but compared to the Be-1, it has a more adventurous and versatile design with roof rack, visible hinges on the door and pipe shaped bumper ornaments.

As a reflection from the Be-1 project, in which Nissan could not fulfill all the sales orders, Nissan now used a different sales strategy. Nissan opened the order book for three months (January 15 – April 14 1989) and promised to produce all the orders. A total of 51,657 orders came in, so waiting time for some of the buyers was over one and a half year. 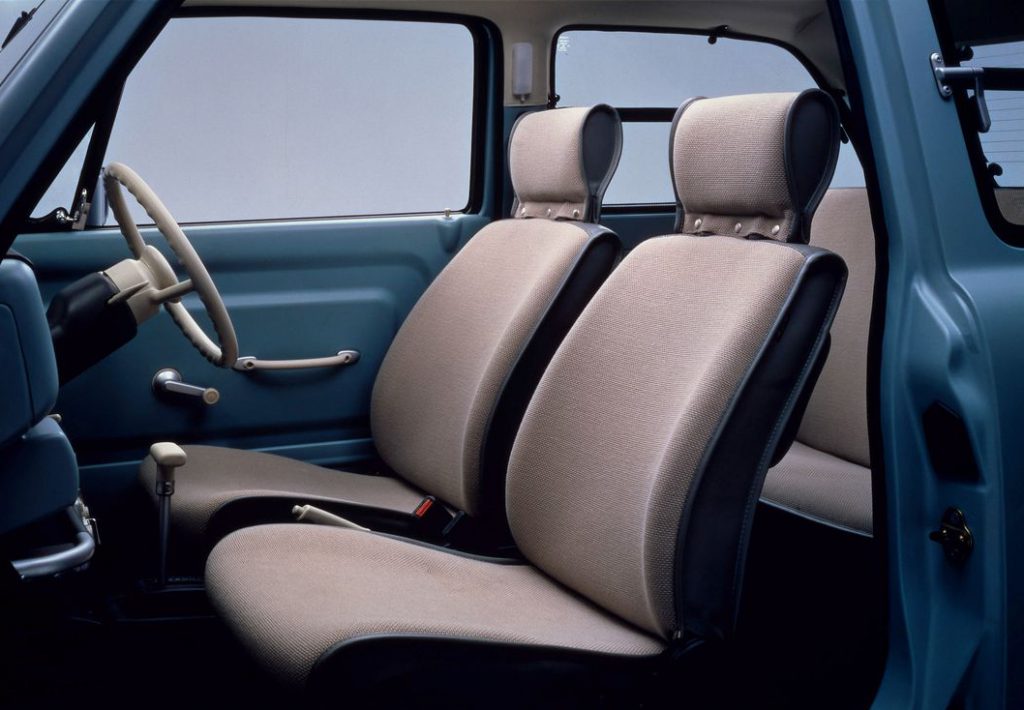 The engine and transmission combinations were same as the Be-1, a 1.0 liter with 52 horsepower with the choice of a 3-speed automatic or 5-speed manual transmission. Naturally this mean a good fuel consumption, even when driving in the city it was possible to reach up to 5 liter per 100 kilometer. The suspension setting of the Pao was focused to deliver the occupants a comfortable drive. 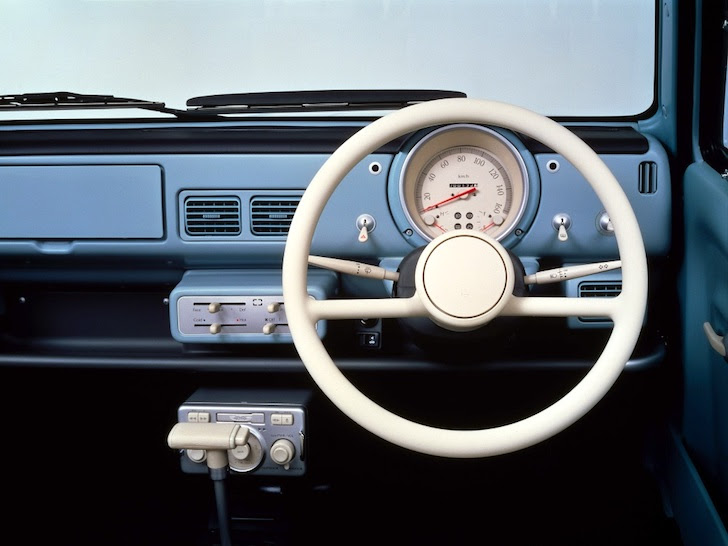 In the interior a simplistic retro design was applied with a 2 spoke steering wheel, a combination a contrasting colors and all similar usage elements clustered in one area. The seats were covered with the texture of linen cloth. 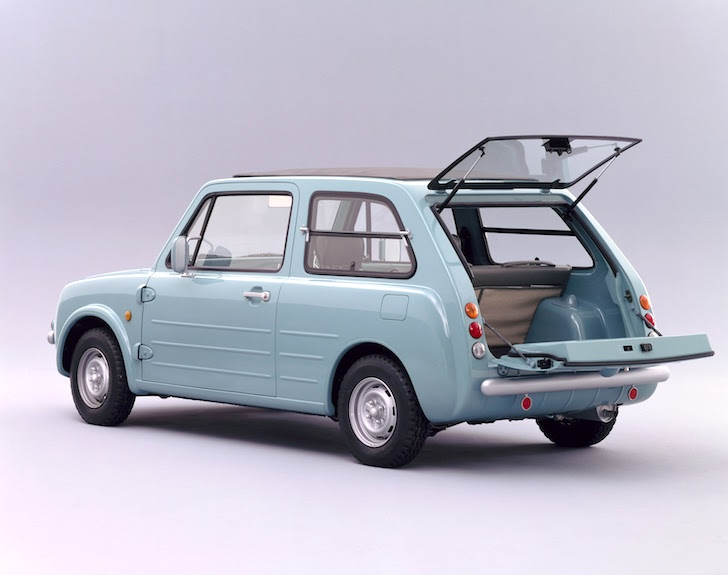 One of the key features of the Pao was the backdoor of which the window could opened up and the lower part of the backdoor could be lowered, so that it could be used a seat. As an option a retractable canvas roof was available. The available colors for the Pao were Terracotta, Aqua Grey, Ivory and Olive Grey. 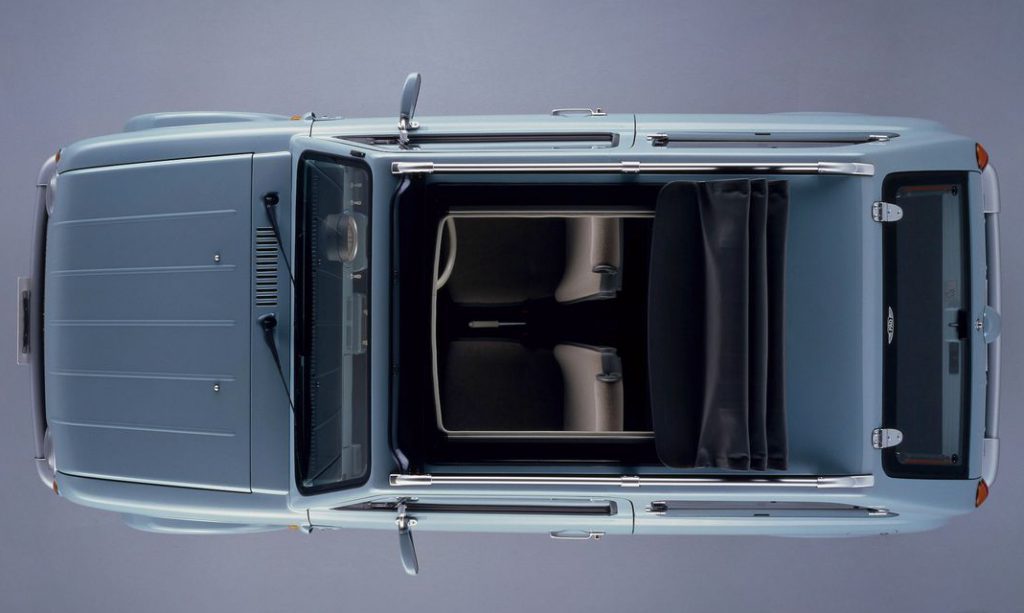 The Pao was produced by Aichi Machine Industry Eitoku factory. A total of 51650 units have been produced.

Click on the picture below to see all Pao versions and detailed specifications such as weight, new price and equipment for each version in the Goo-net.com catalog.