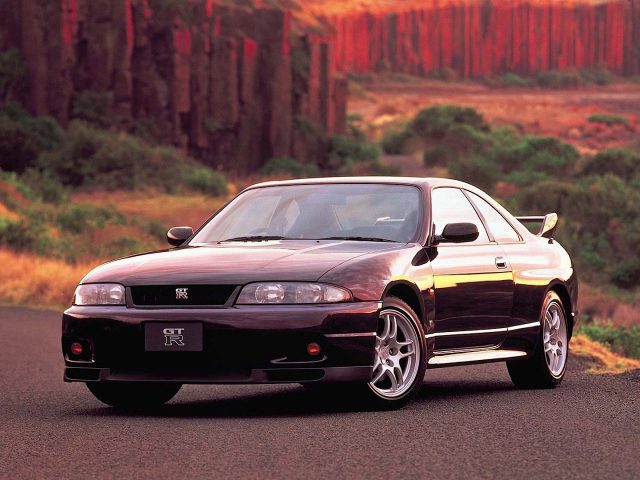 The R33 Skyline was introduced to the Japanese market in June 1994 with the GT-R version for sale as of January 1995. It was showed for the first time to the public on the Tokyo Auto Salon of that year, which is always held in the beginning of January.

Compared to the R32, the dimensions and weight of the R33 increased. The base model of the R33 GT-R was 100 kilogram heavier than the R32 GT-R. To make up for this increase in weight, the engine performance of the RB26DETT engine was improved. The listed horsepower on paper stayed the same, but increase of boost pressure, intake and exhaust change, change in valve timing and reduction of friction losses in the engine resulted in an higher torque than the previous generation. 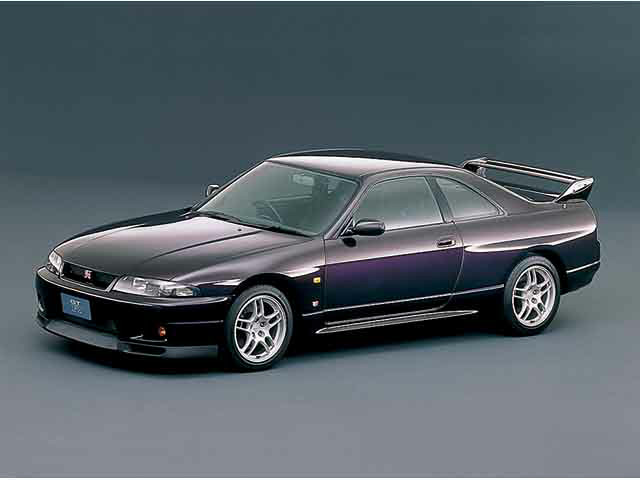 The body of the R33 was developed to have a good drag coefficient and thus it was significantly lower than the R32 making the R33 having less air resistance at higher speed. Other exterior improvements included a adjustable rear spoiler and the battery being placed in the trunk for a better weight balance. The ATTESA E-TS system that was also found on the R32 GT-R was standard on the R33 GT-R. Though not sold in Europe, Nissan used the Nurburgring to test the R33’s performance. Compared to the R32 GT-R, the R33 GT-R was 21 seconds faster with a lap time of 7 minutes and 59 seconds. 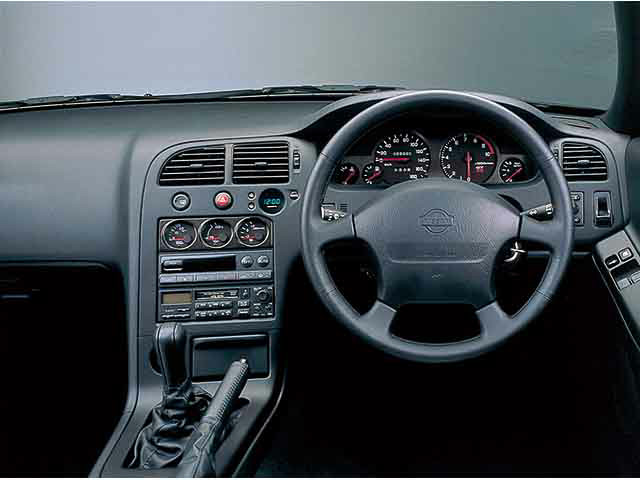 At the time of release three grades were available. The GT-R, GT-R V-Spec and GT-R V-Spec N1. In addition to the base model, the V-Spec had features such as an active LSD, lowered ride height and the ATTESA E-TS PRO system which can split the torque between left and right rear wheels. The V-Spec N1 was basically the V-Spec grade built for N1 endurance racing. It had improved parts such as N1 specification engine, air-cooled oil cooler, carbon undercover and carbon rear spoiler blade. Furthermore weight reduction measures such as removing the passenger airbag, rear window wiper, audio system and air conditioning were done. The V-Spec N1 was only available in a white color.

In May 1996 Nissan released a special version called the LM Limited which was a link to the participation of Nissan in the Le Mans 24 hours of that year. The LM Limited was available for both the normal GT-R and V-Spec and the special features of this model includes a unique Champion Blue color, carbon rear spoiler blade and decals on the C-pillar.

As a celebration to the 40th anniversary of the Skyline, in January 1998 Nissan released a 4-door version of the R33 GT-R, called the GT-R Autech Version 40th ANNIVERSARY. All the underpinnings were the same as the regular but with the appearance and functionality of a the 4-door Skyline, be it with widened arches to give the GT-R look. 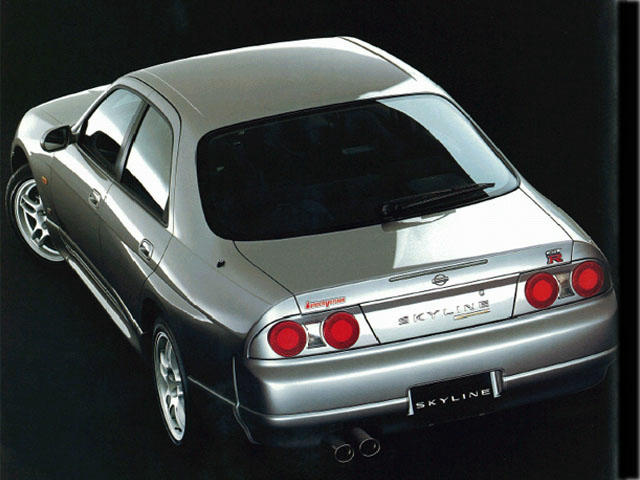 Two other special editions were the 1995 GT-R LM and 1997 Nismo 400R. The GT-R LM was a homologation model for the GT1 racing class. The Nismo 400R on the other hand, was a fully developed car by Nissan Motorsports International company. It had among others unique body parts and highly modified RB engine with an output of around 400 horsepower.

*data according the GT-R registry

Here are some products for people that like the Nissan Skyline R33 GT-R: