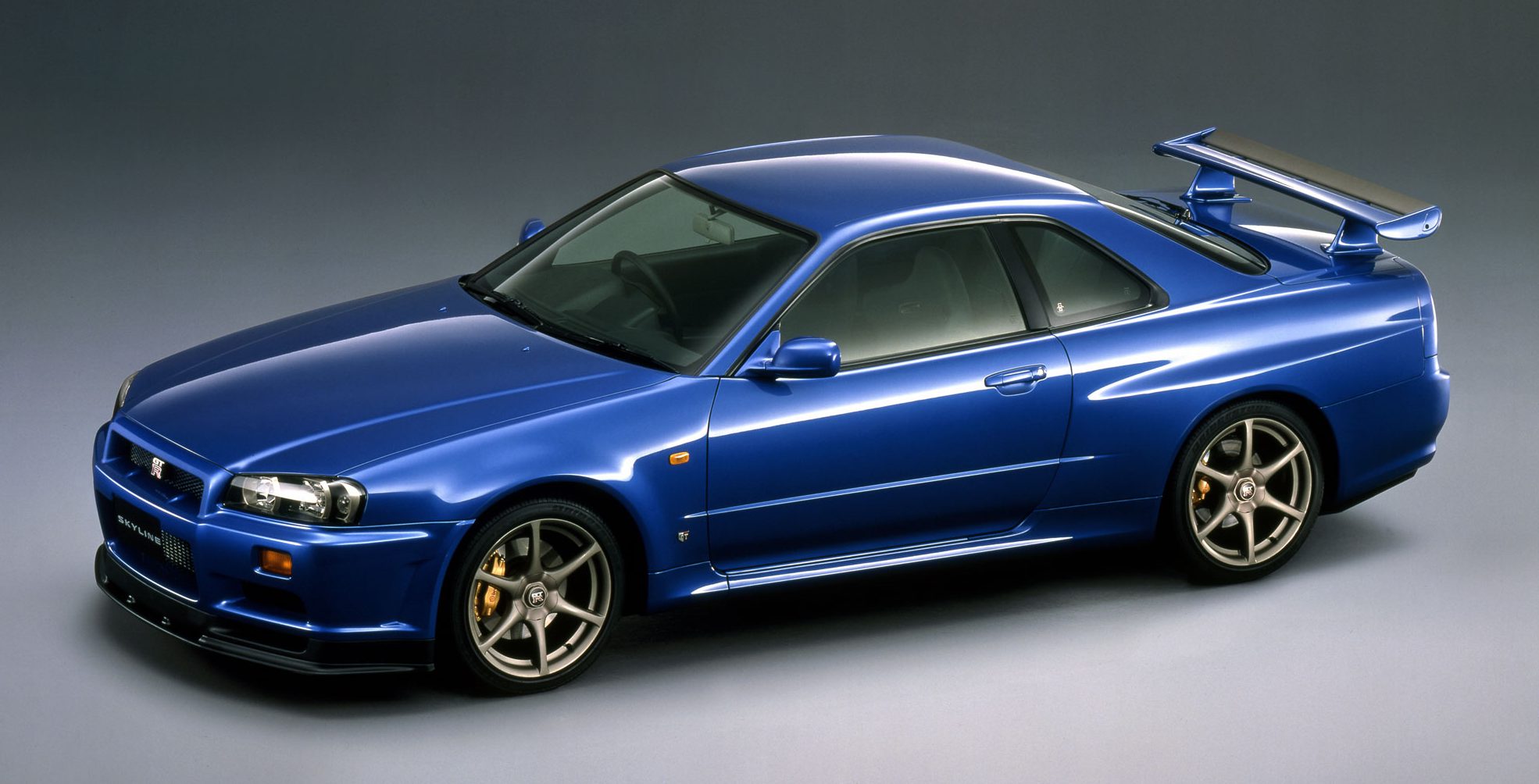 Like the previous R32 and R33 generations, the R34 Skyline range also had GT-R version. It was introduced in 1999 building forth on its predecessors. It used the same RB26DETT engine though with a different turbo. A new innovative feature was the multifunctional display monitor which was installed on the top of the instrument panel. It was able to show vehicle data such as oil and water temperature, boost and a g-force meter (option). Forged 18” wheels and big Brembo brakes were part of the standard equipment as well.

The 280 horsepower (on paper, actual was much higher) twinturbo engine was always mated to a 6-speed manual transmission. The regular GT-R had the ATTESA system again with a mechanical limited slip differential and the sensors now checking the speed of the rear wheels 1000 times per second instead of 100 times on the R33 GT-R. Besides the regular GT-R, there was also a V-Spec model, which featured an active LSD in combination with Nissan’s latest fourwheel drive system called ATTESA E-TS Pro being able to split the torque between left and right rear wheels. The V-Spec also featured firmer suspension and aerodynamic improvements on the body. 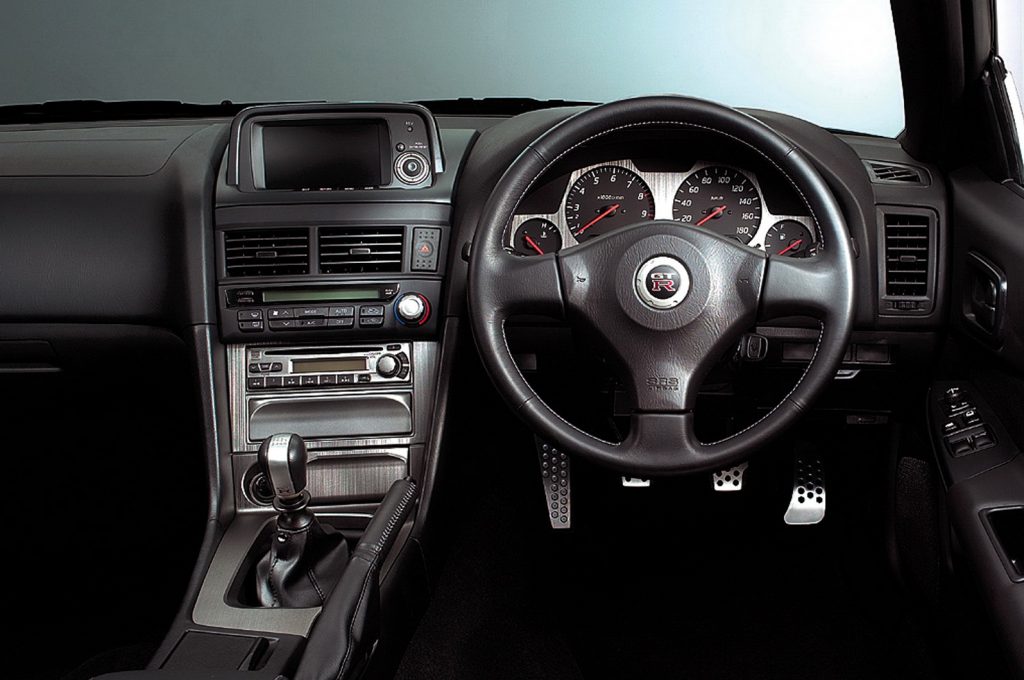 A N1 version of the V-Spec was also offered which was a homologation special again with no air conditioning, audio equipment and rear wiper. The engine was now a N1 specification engine. The rear brakes were also enlarged from 300 mm to 322 mm. It is said that only 38 units have been sold.

In October 2000 there was a small update for the GT-R with a new gearknob and pedal set with the GT-R logo inscribed. The rear brakes previously introduced on the N1 version were now standard equipment on all GT-R’s. The V-Spec II was also introduced at this time and the key change point versus the V-Spec I was the new carbon fibre bonnet. In 2001 the M-Spec was introduced which was aimed at a little more comfort with revised suspension and heated front seats.

The Nür version of the V-Spec II and M-Spec grade were introduced in February 2002. Engine, water pump and exhaust were all N1 specification. Special engine balancing was done on the N1 specification engine, which had a different color valve cover (gold instead of red). The speedometer now went up to 300 km/h.

Nismo also put their hands on the R34 GT-R which resulted in the ultimate, most desirable version produced, the Z-Tune. Based on a V-Spec II, the car was completely stripped and built from the ground up which the best components for body, drivetrain and suspension. The result was that the 2.8 liter (RB26DETT stroked) engine delivered 500 horsepower with the car able to accelerate under 4 seconds to 100 km/h. Nismo only converted 19 units from regular V-Spec II models to Z-Tune. 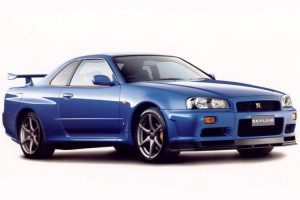 Here are some interesting products for the Skyline R34 GT-R lover: