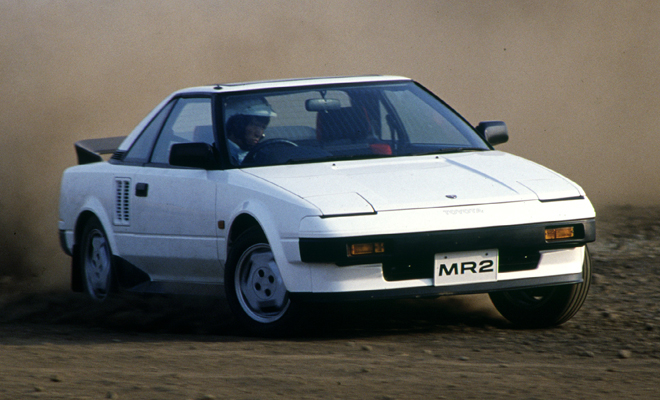 In 1976 Toyota started with the a mid-engine sportscar project but this was quickly put on hold because of a global fuel crisis. However, the project continued in 1979 with a first prototype (SA-X) in 1980. Three years later at the Tokyo Motor Show, Toyota showed the SV-3 concept which looks very similar to the mass production model. At the 8th of June 1984, the car went on sale in Japan.

At the time of the launch three grades were available: 1500S, 1600G and 1600G-Limited. The 1500S was the base grade with the 1452cc 3A-LU engine producing 83 horsepower. The 1500S had standard equipment such as height adjustable seats, tilt adjustable steering column and a heated rear window. The 1600G had electric adjustable mirrors, three spoke steering wheel trimmed with leather instead of urethane and a oil pressure gauge and voltmeter in the instrument cluster. Biggest difference though, was the much stronger engine, the 1.6 liter 4A-GELU engine produced 130 horsepower. The G-Limited had the same engine but had more equipment such as a rear spoiler, more adjustable seats and an option for two-tone paint. A sun roof option was available on the G and G-Limited. All car had the option of a 5-speed manual transmission or a 4-speed automatic transmission. 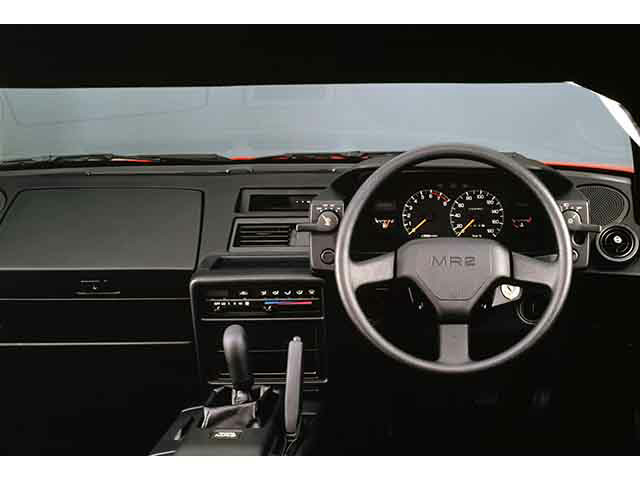 In 1986 there was a big update the MR2. First of all, a T-bar roof body style was being offered which enabled the customer to remove the roof glass panels and store them behind the seats. A second big change for the Japanese market was the addition of a supercharged model. The 4A-GZE engine had a total of 145 horsepower and added 50 kg to the vehicle weight compared to the version without supercharger. A gearbox with different gear ratios was fitted. The supercharged model was only available with the T-bar roof and always had a body kit. Changes that applied to all models were a slightly changed front bumper, suspension and brakes upgrades, small interior changes and new alloy wheel design. 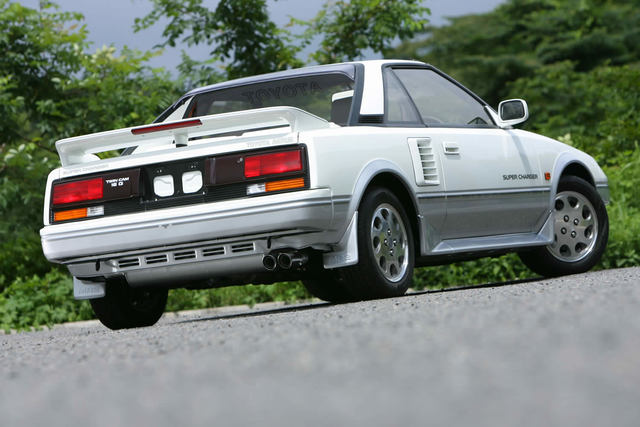 A limited version called the Super Edition was sold in limited numbers in 1988 and 1989. The version for 1988 had a white/gold two-tone paint job and bronze glass with in the interior half leather and half cloth seats, and a Momo steering wheel. Only 300 units have been produced. For 1989, only 270 units of the Super Edition were available. The body was painted in a special blue color and on the interior again a Momo steering wheel was used, but also Recaro seats with matching door panels. The production continued until 1989 when it was replaced by the SW20.

Toyota Team Europe also created a rally version of the AW11 called the 222D. It never competed as the Group B was abolished before the vehicle was completed. The vehicle weighted only around 750 kg and could make up to 750 horsepower.

If you want to know more about the Toyota MR2, these are two recommended books: