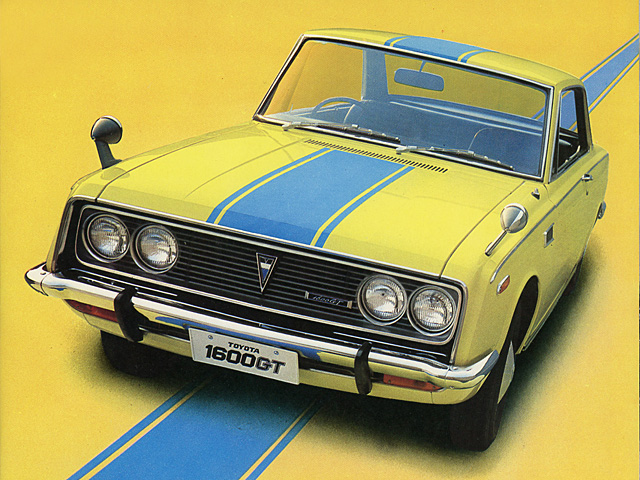 In the 60’s, Toyota sold the Corona which was a popular passenger vehicle. For the third generation, a 2-door coupe was introduced in 1965 which sold next to body styles such as sedan, wagon and pick-up truck. It was available in a sporty grade called the 1600S. It used the 1.6 liter 4R engine with a single overhead cam which produced 90 horsepower. In August 1967, a few months after Toyota released the well-known 2000GT, Toyota released the 1600GT which was positioned as the little brother of the 2000GT.

The 1600GT used a post-facelift Corona 2-door coupe, also called hardtop, body style but had significant upgrades on the suspension, brakes and body in terms of reinforcements. On the exterior, there was an air vent on the front fender and the fenders itself were slightly wider than a standard Corona. A special badge similar to the 2000GT was put on the C-pillar and front grille. Besides the regular colors such as white, red and silver, a unique yellow color was available solely for the 1600GT. 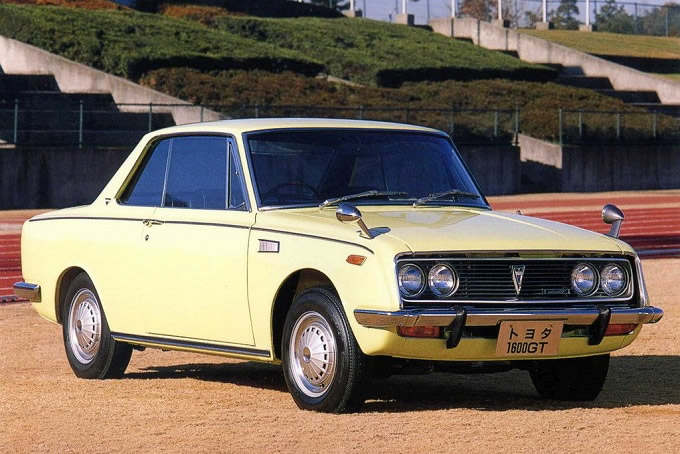 The most signifcant relationship to the 2000GT was the engine. The 1.6 liter now had double overhead cams (DOHC), something which was rarely seen at that time. The 9R engine was developed together with Yamaha, producing a good 110 horsepower at 6,200 rpm. In terms of transmission, two manual transmission variants were available. The first one was called GT 4, which had 4 gears. The other one was the GT 5, which had the 5-speed transmission used by the 2000GT.